The interior of our memories: a history of Melbourne’s Melbourne Holocaust Museum, Steven Cooke, Donna-Lee Frieze

Home » Books » The interior of our memories: a history of Melbourne’s Melbourne Holocaust Museum

The Melbourne Holocaust Museum in Melbourne, Australia is an internationally recognised museum and research centre dedicated to the memory of the six million Jews who were murdered by the Nazis and their collaborators between 1933 and 1945.  Since it was founded in 1984, the Centre has attracted thousands of visitors of all ages who wish to have a greater understanding of this period and beyond.  It provides an important space for commemoration and education about the Holocaust in order to combat antisemitism, racism and prejudice in the community and foster understanding between people.

The Interior of Our Memories analyses the development of the MHM within global Holocaust memorial activity, both during the war and in the following decades when many survivors made new lives for themselves in Melbourne.  The story begins, not in March 1984 when it first opened its doors, but during the Holocaust, when survivors began gathering documents.  The book provides a history of the Centre’s early days and examines its transformation from a collection of photos, documents and material objects into the modern, educationally focused organisation it is today.

Written by academics Steven Cooke and Donna-Lee Frieze, this work also looks at the MHM from a wider perspective, exploring issues of memory, identity, testimony and the role of museums within contemporary society. 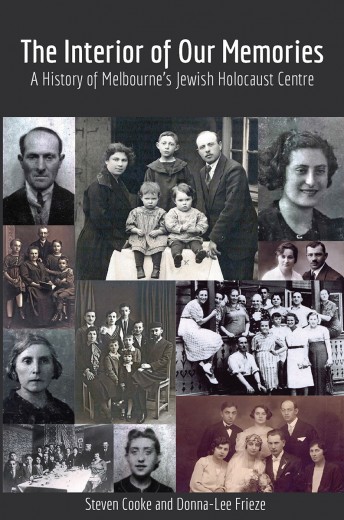