Auschwitz-Birkenau: University of Life: To Be or Not To Be, Josef Hellen

Home » Books » Auschwitz-Birkenau: University of Life: To Be or Not To Be

Josef Hellen was fifteen in August 1942, when police walked into his Czech classroom and ordered five boys to come with them.  He never saw his family again.  Josef ended up in the Canada (‘Land of Plenty’) Commando in Auschwitz, which sorted the luggage brought by Jews and sent back to Germany.

The youngest and smallest in the Commando, Josef unwittingly ensured his survival by teaching an SS officer to throw knives.  Soon he was cleaning the SS’s boots and even helped form a soccer team, which played two games against the SS.  But death stalked his every waking moment.  Canada was right beside the gas chambers and the workers witnessed tens of thousands walking between the barbed-wire fences to their death.

Josef escaped from a death march and made his way to Hungary, where he met his wife. A survivor of ‘The Lost Transport’ from Bergen-Belsen, Josef’s wife’s story is also told here.  In Australia, Josef worked hard to gather capital to construct 100 brick, three-bedroom milk bars in Melbourne, before building a property empire in the United States.

The Hellen Wing of the Emmy Monash Homes and the Evelyn Hellen Library at Bialik College honour his daughter, who died of leukaemia at seventeen.  His son and daughter both work for the family company.  He has two granddaughters.

All proceeds from the sale of this book go directly to the Melbourne Holocaust Museum. 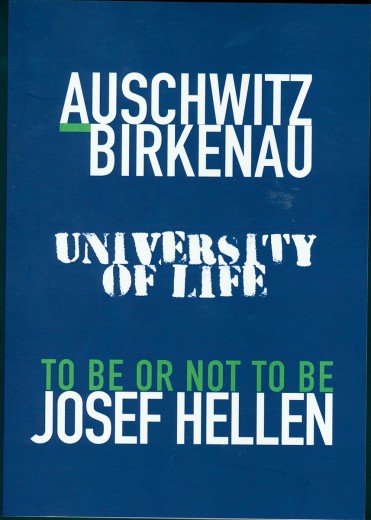