A Night To Remember: The Ghetto Cabaret

Home » Events » A Night To Remember: The Ghetto Cabaret

A Night to Remember: the Ghetto Cabaret

In every wartime ghetto, Jews continued their rich cultural life despite the constant fear, the threat of deportation, hunger and disease. Music, theatre and cabaret were part of everyday life, with hundreds of new songs composed and plays written, a testament to the resilience of the performers and writers. Cabaret was particularly popular as it was a form of resistance – with upbeat songs poking fun at the Nazis and each other.

Set in a nameless ghetto in 1941, A Night to Remember: The Ghetto Cabaret brings to life the irrepressible spirit and culture that brought joy, dignity and resilience in the worst of times. Written and directed by Galit Klas, this original show is in English and incorporates 13 Yiddish songs penned and performed in World War II ghettos of Europe, many unheard for 70 years.

The show features eleven characters, all from different parts of Europe and each with their own story and struggles. Mrs Hecht, a German opera singer, who is more German than Jewish; Lokshen and Kugl, a vaudevillian duo; Viktor and Clara, the champion dancers; and a street singer, Yankele, based on the real Yankele Hershkowitz from the Lodz Ghetto. Together with their audiences and the MC, they do what they can to forget the tragedy of the times and maintain their humanity, identity and dignity.

Co-presented by the Kadimah Jewish Cultural Centre and the Melbourne Holocaust Museum. 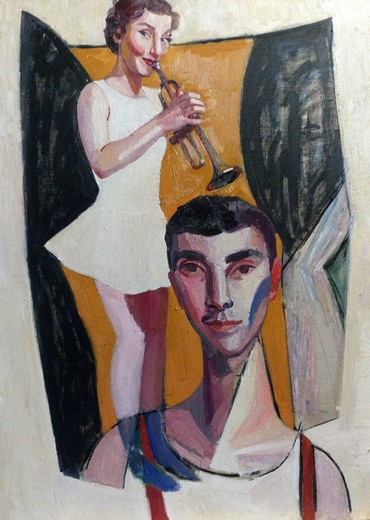