This controversial drama follows the story of Adam Stein, a charismatic patient at a mental institution for Holocaust survivors in Israel, 1961. Stein, played by Jeff Goldblum, was a gifted entertainer before the war but has been tormented to the edge of insanity in a World War II concentration camp by high-ranking Nazi officer Klein (Willem Dafoe).

Left to wallow for 15 years in an insane asylum with fellow Holocaust survivors, Stein begins the extraordinary process of healing – using his mesmerising magic and musical skills to not only help others overcome their nightmares, but to forge indelible friendships in order to rebuild his own life. Based on Yoram Kaniuk’s novel published in 1968 (the original title of which literally translates as ‘Man, son of a dog’), the film confronts issues of trauma, dehumanisation, and perseverance in ways that are unfamiliar to Holocaust cinema.

Many thanks to Umbrella Entertainment (http://www.umbrellaent.com.au/) for making this screening possible. 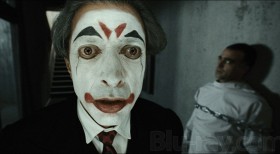 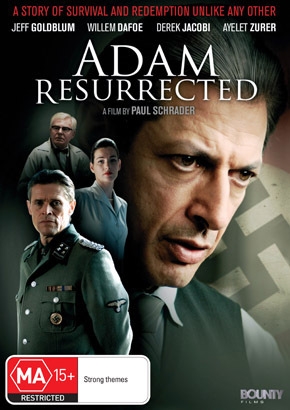