The story of Adolf Eichmann and his interrogation in Israel prior to his trial and execution.

How does one attempt to understand the motivations and behaviour of those men who perpetrated the Holocaust? How could men who were themselves husbands and fathers participate in the physical destruction of millions of men, women and children? These vexed and vexing questions have perhaps been asked most of all about the figure of Adolf Eichmann, the architect of the Holocaust and the subject of the recent historical drama Eichmann. This film is based on the recordings of Eichmann’s pre-trial interrogation in Israel by the young police officer Avner Less. Confronting the complexities of a man who claimed not to be an anti-Semite, yet who was intimately involved in the deportation of European Jews to the Nazi death camps in Poland, the film engages with difficult issues of ambiguity, complicity and responsibility. Thomas Kretschmann, who has appeared in other Holocaust-related films such as The Pianist, Downfall and Valkyrie, gives a stirring performance as Eichmann, the man who inspired philosopher Hannah Arendt to coin the term ‘banality of evil’. With sincere thanks to Opal Movies for making this screening possible. 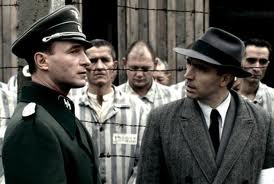 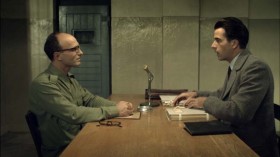 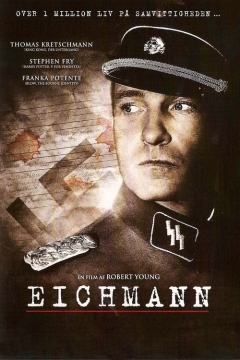