In the aftermath of World War ll, Jewish survivors of the Holocaust recorded their terrible experiences under the Nazi regime. This presentation focuses on the retrieval of the early and contemporaneous voices of those attempting to find a new life. The discussion will concern primarily testimonies recorded in Germany very soon after the end of the Second World War. The eyewitness accounts serve as important historical documents, as well as memorials to the six million murdered by the Germans.

Freda Hodge was born in South Africa, arrived in Australia together with her husband in 1991. She is a retired academic and holds degrees in English, Linguistics and Jewish Studies. She has taught at universities, colleges and schools in South Africa, Australia and Israel.

Freda has published articles in academic journals and has presented papers at conferences. Fluent in Yiddish and Hebrew, she is a volunteer at the Melbourne Holocaust Museum in Melbourne where she conducts interviews with survivors and their families. Her book, ‘Tragedy and Triumph’, was published by Monash University Publishing. She is currently working on another book, which is also concerned with the early testimonies given by Jewish Survivors of the Second World War.

Copies will be available for purchase at the meeting. 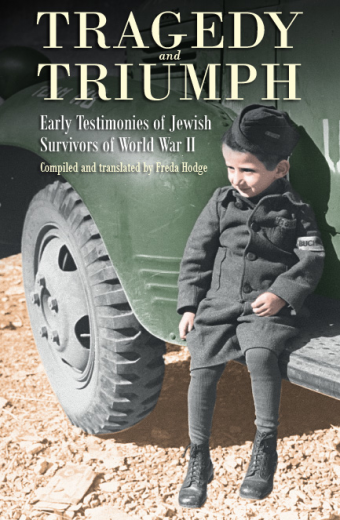