East Timor’s award – winning first feature film, Beatriz’s War (A Guerra da Beatriz), is the haunting, passionate story of one woman’s conviction to remain true to the man she loves and the country for which she fought.

A bold reworking of the 16th century French ‘Martin Guerre’ story, in this adaptation the original story is transposed to Portuguese Timor during the Indonesian occupation of the small colony. This astonishing film from East Timor was made guerrilla-style by the very men and women who fought in the armed resistance and the clandestine movement during the small country’s twenty-four year-long war with Indonesia.

Following the screening there will be Q&A session with Dr Bill Anderson and the directors Luigi Acquisto and Bety Reis. 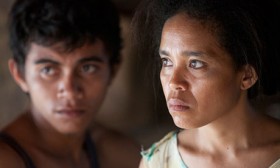