Berlin Calling is the first film about the Holocaust seen through the eyes of a Clash fan. A punk‐chick from Los Angeles traces her father’s roots back to pre‐war Berlin and confronts her family’s dark past. During this voyage she discovers not only how she and her whole family were affected by Hitler’s Final Solution – but also that her family is larger than anyone dared imagine.

Award-winning, British born, film-maker Nigel Dick has directed over 330 music videos and more than 20 documentaries & feature films. He has won three MTV awards, two Billboard Awards and three MVPA awards. He was awarded a second Lifetime Achievement Award by the MVPA (Music Video Producers Association) in May. Nigel is also here in Australia for the Clipped Music Video Festival in Sydney.

This screening of this documentary will be followed by an exclusive Q&A featuring filmmaker Nigel Dick. 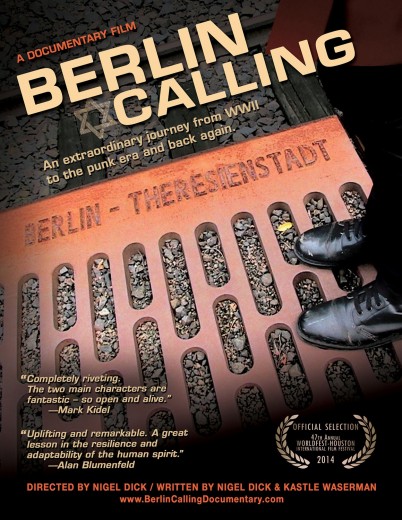