To be launched by Julie Szego, author and journalist.

Hope for a Better Future, a sequel to Sarah Saaroni’s Life Goes on Regardless… (1989), takes the reader beyond Sarah’s story of survival during the Holocaust to Palestine where her struggle to survive continues.

Sarah’s personal victories in Palestine were overshadowed by ongoing nightmares triggered by the Holocaust and the hardships of daily life.

Resettling in Australia and uprooted yet again, Sarah quickly discovers that even in a nation of peace and prosperity life was not without its vicissitudes. The catharsis, however, was to come.

Hope for a Better Future is one woman’s story of courage, determination and resilience. 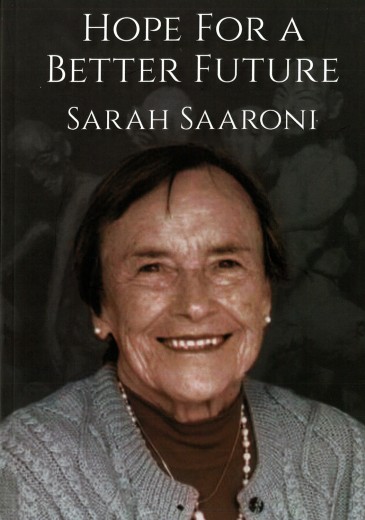