Michèle Huppert details her mother Ruth Kneppel’s involvement with the French Resistance during World War Two under the alias ‘Malou.’ Throughout the book, Michèle examines Ruth’s role in the liberation of France, while also covering her humanitarian work caring for orphaned Jewish children in Paris following the war.

Michèle Huppert was born in the north of France at the beginning of World War Two. She remains proud of her role as a child decoy in her mother Ruth Kneppel’s missions as a resistance fighter. They immigrated to Australia in 1952 and remained close until Ruth passed away in 2007. More than a decade later, Michèle wrote Malou to share Ruth’s story with the world.

Malou has been published by Real Film and Publishing. 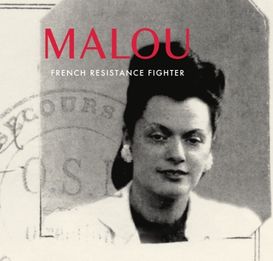