Public Lecture: ‘’Is the Holocaust Different from other Genocides?’’ by Prof Dan Michman

Home » Events » Public Lecture: ‘’Is the Holocaust Different from other Genocides?’’ by Prof Dan Michman

Guest Speaker: Prof Dan Michman (Israel), Head of Yad Vashem’s International Institute for Holocaust Research and Incumbent of the John Najmann Chair of Holocaust Studies on ‘’Is the Holocaust Different from other Genocides?’’

Professor Michman was born in Amsterdam in 1947 and came to Israel as a child in 1957, when his father, Joseph Michman (Melkman) was appointed General Director of Yad Vashem.

After his military service, he studied Jewish history and Hebrew linguistics at the Hebrew University of Jerusalem, where he earned his doctorate in 1978 by writing a dissertation on “Jewish Refugees from Germany in The Netherlands, 1933–1940”. In 1976 he joined the faculty of the Department of Jewish History at Bar-Ilan University, teaching and researching in the field of modern Jewish history in general and the Shoah in particular. During the 1980s, he devised a comprehensive academic course on Shoah history for the Open University of Israel, which was later translated into Spanish and Russian.

Professor Michman has published numerous books and articles in a variety of languages on the history of Dutch and Belgian Jewry, Israeli society, and mostly on various aspects of the Shoah— historiography, ghettos, religious life, Judenräte and Jewish leadership, problems of Jewish refugees and migration, resistance, Western Europe, the survivors, etc. He has been involved with Yad Vashem’s scholarly and educational activities since the early 1980s, he has been on the editorial board of Yad Vashem Studies since the mid1990s, and served as Chief Historian from 2000 till 2011. 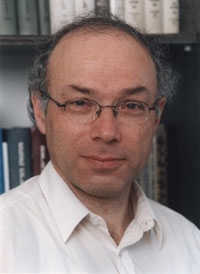