The Melbourne Holocaust Museum, together with the B’nai B’rith Anti-Defamation Commission, will screen a video recording of the recent ADC Oration, delivered by Gandel Orator, Professor Deborah E Lipstadt, titled History on Trial:  My day in Court with David Irving, deemed widely to have been an outstanding presentation, was sold out. Consequently, many who would have liked to attend were unable to do so.

In 1996 British-born Holocaust denier David Irving sued Professor Deborah Lipstadt for alleged libel.  Lipstadt successfully defended the action in three courts.  Irving was found to be a Holocaust denier, a racist, an anti-Semite and a liar.

Followed by a panel discussion by young leaders from the  community. Moderated by ADC Chair, Dr Dvir Abramovich. 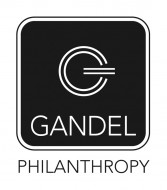