Australian/Israel & Jewish Affairs Council (AIJAC) together with the Melbourne Holocaust Museum invite the community to a briefing with Efraim Zuroff, Director of the Simon Weisenthal Centre’s office in Jerusalem, “The Ongoing Pursuit of Nazi War Criminals”.

Known throughout the world as “the last Nazi-hunter”, Holocaust historian Dr. Efraim Zuroff is the founder and director of the Israel Office of the Simon Wiesenthal Center and Coordinator of SWC Nazi war crimes research worldwide. He has played a major role during the past three decades in the efforts to bring Holocaust perpetrators to justice all over the world, including Australia and New Zealand. The author of three books and over 300 articles, Zuroff was nominated for the Nobel Peace Prize by Serbian President Boris Tadic in 2008. 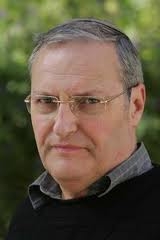