When artist Jeffrey Kelson was working on Tribute, an exhibition of portraits of Holocaust survivors held at the Centre last year, he was moved to explore more deeply the stories of those who were children when the war began. Theirs is a journey of innocence surrounded by evil and of building a life from a lost childhood.

Less than 10% of Jewish children survived the Holocaust.

‘Tribute: Child Survivors of the Holocaust’ shows the lives of child survivors through the medium of a painted portrait and a sketch of the sitter as a young child.

“In these portraits and sketches I have tried to describe the sitter’s journey: what’s been lost and also what’s been found,” says Jeffrey Kelson.  “This exhibition is a tribute to the children these survivors once were and to the lives they went on to build. I hope it also raises questions about children in war zones and suffering persecution today.” 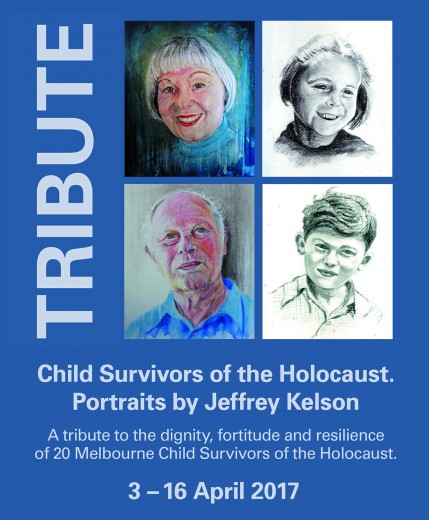