A documentary that examines the history of Holocaust cinema from the 1930s to the present day.
Directed by Daniel Anker (2004).
Presented by Dr Adam Brown, Deakin University.

While countless films have depicted various aspects of the Holocaust, Imaginary Witness provides a unique reflection through film of the subject of Holocaust cinema itself. Presented at over fifty film festivals worldwide and gaining widespread praise, Daniel Anker’s documentary gives an account of how Hollywood has depicted the Holocaust over six decades, from the wartime years through to the 1990s and the release of Schindler’s List and beyond. Consisting of rare newsreel footage, scenes from over forty Holocaust films, and interviews with prominent scholars and filmmakers, the film engages with the difficult issue of how (and if) the Holocaust should be represented on film. Many critics have condemned popular films, particularly from America, for ‘exploiting,’ ‘banalising’ or ‘trivialising’ the event; however, dozens of films exploring Holocaust-related themes continue to be released every year. In response to this, Imaginary Witness, narrated by Gene Hackman, asks whether or not it is possible to screen the unimaginable, exploring both the opportunities provided by, and limitations inherent in, efforts to portray the Holocaust through film. These questions are essential to any person interested in the Holocaust as – for better or worse – film undeniably remains an incredibly powerful medium (perhaps without equal) through which collective memories of the Holocaust are formed. 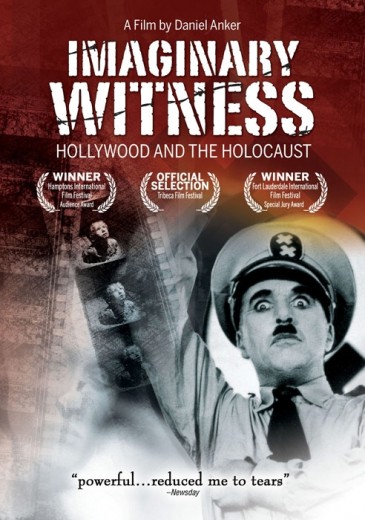