A moving story about the persecution of homosexuals in a Nazi concentration camp.
Directed by Sean Mathias.
105 mins
Presented by Michael Barnett, Aleph Melbourne.

Based on the 1979 play of the same name, Bent opens in 1930s Berlin. Amidst the ‘Night of the Long Knives,’ Max, a young gay man living in the city, is confronted with the imminent danger of Nazi persecution. Refusing to escape, Max is arrested and sent to the Dachau concentration camp, where he is torn between his desire to resist his identity and survive, and the growing bond he shares with Horst, another prisoner in the camp.

In a story fraught with trauma, ‘compromise’ and the dilemmas of what one must do in order to survive, Bent explores an aspect of the concentration camp ‘experience’ rarely seen in film. Starring Clive Owen (in an early role) and with cameo appearances by Sir Ian McKellan and Mick Jagger, Bent makes a crucial contribution to Holocaust cinematic memory. 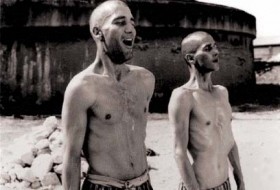 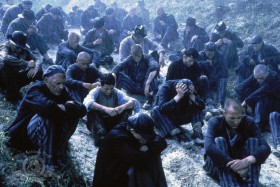 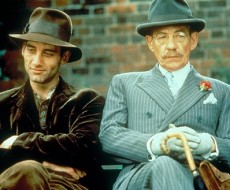