In this tender coming-of-age drama based on a true story, a Jewish boy finds friendship, camaraderie and safety in the shelter of a children’s hospital in Nazi-occupied France.

In a lucky misfortune, young Maurice Gutman narrowly escapes a round-up of Jews in Paris, after breaking his leg in a dust-up with bullies. Whisked away in an ambulance, he is forced to watch helplessly as his family is arrested by French police. While treated for his injury, Maurice is diagnosed with tuberculosis and committed to a long-term-treatment facility in the suburb of Garches. There, isolated from the outside world and sheltered from German occupying forces, he forms a close bond with the other boys of the ward. As the war intensifies, the sympathetic chief physician (César-winner Philippe Torreton) and his hospital staff must resort to drastic measures to keep the Jewish patients safe from Nazi patrols.

The “Children of Chance” pays testament to the resilience and bravery of youth, as captured in the charming, naturalistic performances of its young ensemble cast. 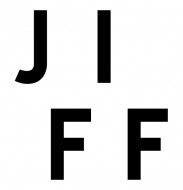