Miss Sarajevo is a surreal and startling portrait of Sarajevo, the capital city of Bosnia, during the height of the city’s siege. Winner of the International Monitor Award, Golden Hugo, and the Maverick Director Award (Newport Beach Film Festival). Instead of following the scenes of carnage that the main media so often squeezes into thirty second dramatic sound bites, Carter’s camera follows the alternative scene of artists, young people and the people determined to live as normal a life as they could under the most difficult and dangerous conditions.

U2’s singer Bono serves as executive producer and U2, along with Luciano Pavorotti, sing the theme song, Miss Sarajevo. Carter and Bono met in Italy at a U2 concert during the war when Carter managed to interview Bono for Sarajevo television. They went on to do the well-documented satellite connections on the European leg of the Zooropa tour. 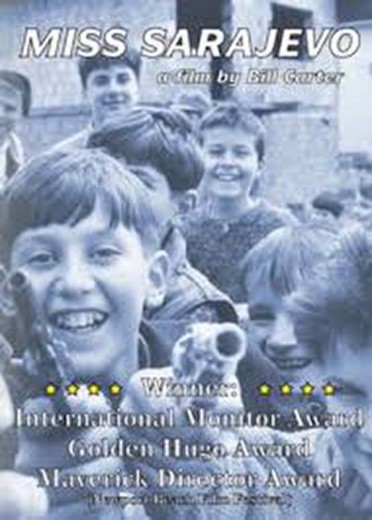