The story of Japanese diplomat Chiune Sugihara, consul to Lithuania during World War II, who defied Tokyo authorities and wrote transit visas allowing Jewish families to flee Europe to Japan and other countries.

While Germany and Japan were United against American forces during World War II, one Japanese man made his own brave attempt to fend off the Nazi holocaust in Europe, and this documentary tells his remarkable story.

Chiune Sugihara became fascinated with English literature as a student, and against the wishes of his parents, he made it his field of study, which led to his holding a number of diplomatic posts, representing the Japanese government around the world. One of his assignments during the war required him to do espionage work, monitoring the activities of several nations allied with Axis forces.

Sugihara soon became aware of the Nazi plot to eliminate the Jews and other enemies of the state; his conscience stirred, Sugihara began using his diplomatic authority to issue visas that allowed thousands of Jews in Lithuania to escape Europe to freedom and safety. 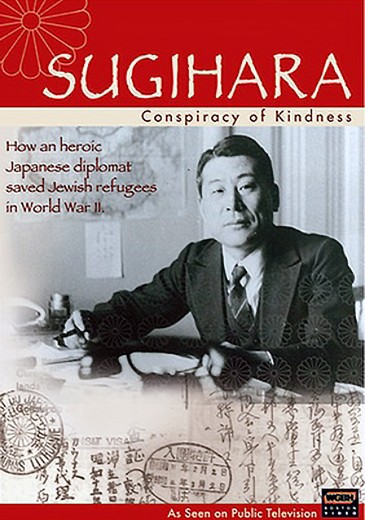