Loung Ung is 5 years old when the Khmer Rouge assumes power over Cambodia in 1975. They soon begin a four-year reign of terror and genocide in which nearly two million Cambodians die. Forced from her family’s home in Phnom Penh, Ung is trained as a child soldier while her six siblings are sent to labor camps.

Following the screening there will be two speakers: Dr Donna-Lee Frieze and Dr Nara Mao.

Dr Nara Mao is a survivor of the genocide in Cambodia, who lost his family under the Khmer Rouge regime. Whilst his mother, sister and youngest brother died of starvation; his father and eldest brother were killed by Khmer Rouge soldiers. Dr Nara Mao is currently a business consultant and academic who has dedicated his life to Cambodian education for nearly four decades. 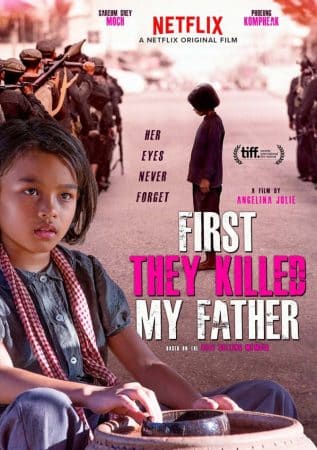