John was born in Weilun, Poland in 1929, the fifth of seven children. He was ten years old when the Nazis invaded Poland.

John was taken to a labour camp in Poznan. He escaped and was hidden by a priest. He eventually went into Lodz Ghetto, hoping to find his family. He found one sister and stayed with her until they were sent to Auschwitz in 1944.

John was liberated from Buchenwald camp in 1945, aged 15. He was an orphan, one of a group known as the Buchenwald Boys. Two of his siblings also survived. 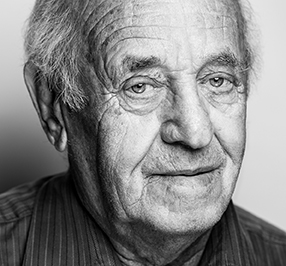