This month we are holding a Survivor talk by Sarah.

Sarah (Sabcia) was born in 1926 and grew up in Lublin, Poland, together with three siblings. Soon after the German invasion the family moved into the Lublin ghetto. When deportations began the family went into hiding in a nearby village.

Sarah’s parents told her to pretend to be Christian and go with other young Poles to work in Germany. She followed their advice and for the next few years lived as Lidia Wornik, a Christian labourer. She escaped capture several times.

At the end of the war Sarah returned to Lublin but found no family there. She eventually reunited with one brother and went to Palestine where another brother had lived since before the war. 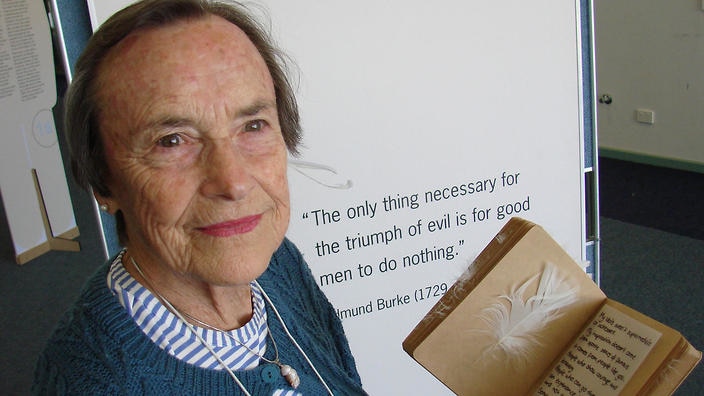