A family living in the German Alps is caught up in the turmoil of the Nazi’s rise to power in the 1930s.
Directed by Frank Borzage.
100 mins
Presented by Dr Bill Anderson, Deakin University.

In the same year that Charlie Chaplin’s The Great Dictator was released, a considerably different view of Nazism was presented in Frank Borzage’s film, The Mortal Storm. Set in a small town in Bavaria, the film stars Hollywood stalwart James Stewart as a German man who refuses to bow to the pressure of supporting Nazism as so many of the people around him do. In doing so, he attracts the interest of Freya (played by Margaret Sullavan), a young woman engaged to a member of the Nazi Party.

The Mortal Storm is a powerful story that reveals both the early treatment of so-called ‘non-Aryans’ by the Nazi regime, and how this was understood by Hollywood at the time. Long before the term ‘Holocaust’ became formed in the popular consciousness, Borzage demonstrated the value of filmmaking and its capacity to engage audiences in turbulent times. 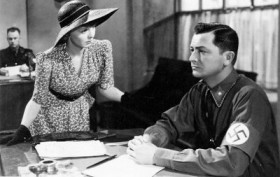 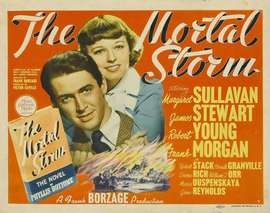