Friends of the MHM present a special film screening of “The One That Got Away” (2012). Premiered at the Melbourne Jewish Film Festival 2012.

A 15-year-old Thomas Beck escaped a Nazi prison in 1944 – a feat that would, in itself, beat the best of Hollywood screenplays as he faced countless life and death situations with only luck, wit and charisma as his weapons. He vowed never to wallow in the past, which meant keeping his dramatic experiences to himself, although he bitterly regretted leaving Edith Grieman behind, another internee with whom he had fallen in love.

Sixty years have passed and Thomas is now aged in his 80s but full of youthful vim and vigour – more at home at a music gig than someone half his age. While in Hungary and Slovakia filming the documentary, The One That Got Away, he learns that Edith not only survived her incarceration but has been living for year’s only streets away from him in Melbourne, Australia.

The two take up correspondence via email, upon which we’re given permission to eavesdrop. But after 60 years apart and incredibly divergent stories, will they change one another’s lives again? 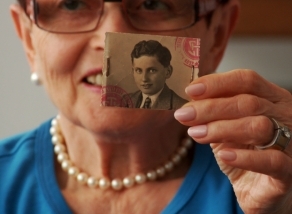