Screening of ‘The Garden of the Finzi-Continis’

Home » Events » Screening of ‘The Garden of the Finzi-Continis’

The Melbourne Holocaust Museum will be screening The Garden of the Finzi-Continis as part of the programming for the collection of events to celebrate Primo Levi and his life. Following the film Dr Mark Nicholls will be holding a public workshop where the audience will have an opportunity to discuss the film.

The Garden of the Finzi-Continis is a 1970 Italian film, directed by Vittorio De Sica. It stars Lino Capolicchio, Dominique Sanda and Helmut Berger. The film is based upon Giorgio Bassani’s novel of the same name. It won the Golden Bear at the 21st Berlin International Film Festival, and the Academy Award for Best Foreign Language Film in 1972.

Dr Mark Nicholls is Senior Lecturer in Cinema Studies at the University of Melbourne where he has taught film since 1993. He is the author of Lost Objects of Desire: The Performances of Jeremy Irons (2012), Scorsese’s Men: Melancholia and the Mob (2004) and recent articles on Italian Cinema and The Ballets Russes. Mark is a film journalist and worked for many years on ABC Radio and for The Age newspaper, for which he wrote a weekly film column between 2007 and 2009. He has an extensive list of credits as a playwright, composer, actor, producer and director. His ten most recent plays are published together as Unconventional Women (Prahran Press, 2019).

This screening is part of the initiative Primo Levi: Writer, Witness, Scientist. Italian and Jewish Organisations Unite to Celebrate Life, presented by the Jewish Museum of Australia, the Melbourne Holocaust Museum, the Italian Cultural Institute Melbourne, and CO.AS.IT. Museo Italiano on the occasion of the centenary of Primo Levi’s birth. 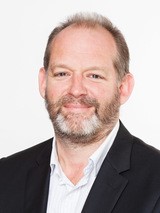