This is the poignant untold story of warmth and compassion after a terrible war. Thousands of Jewish survivors arrived in Southern Italy after WWII, on their way to the land of Israel. To their surprise they were welcomed by the poor local Italians.

At this time of psychological and physical healing, hundreds of children were born.

The film follows the story of three Israeli women who were born then, in Santa-Maria-di-Leuca (1946). They decide to discover the footprints left by their parents.  The film weaves rare historical footage with unique current testimonials capturing a ray of light after great darkness. 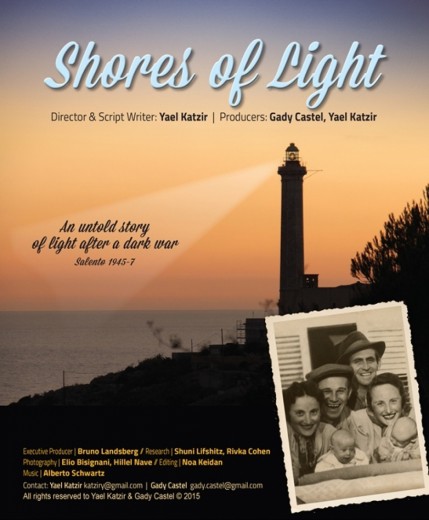