Hidden secrets, strange relationships and a past cloaked in denial confront filmmaker Arnon Goldfinger as he unearths family skeletons in The Flat, an award-winning documentary steeped in intrigue.

After the death of his grandmother at the ripe old age of 98, Goldfinger embarks on a treasure hunt in the Tel Aviv flat she shared with his grandfather since fleeing Germany in the 1930s. Among the dusty books and old clothes, he uncovers a stack of Nazi newspapers and years of correspondence with an aristocratic German family who are so high up in the Nazi regime it seems almost  impossible.

The discovery sets Goldfinger on an odyssey to reveal the truth about his family’s history while asking the uncomfortable questions that some would rather not be asked. The Flat has screened extensively at documentary and Jewish film festivals across the world, including
the Tribeca International Film Festival in New York.

“Just when it seems that the genre of the Holocaust film has exhausted every possible angle, along comes something like The Flat.” Jweekly

Screened with the support of 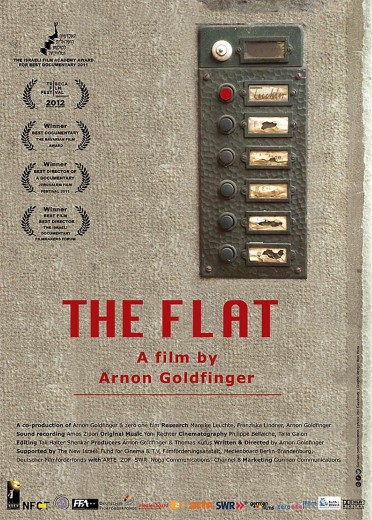