The Passenger is the incomplete masterpiece about the ‘Auschwitz experience’ by director Andrzej Munk, who died in a car crash, aged just 39, in the middle of filming. Munk’s friend, Witold Lesiewicz, and colleagues decided to complete the film to what they believed were Munk’s intentions and assembled it using the existing footage, Munk’s still photographs and a voiceover narration. Finally released in 1964, the film won main awards at Cannes and Venice.

The Passenger tells the story of a chance postwar encounter between a former Nazi concentration camp guard and one of the prisoners she tormented during the war. Flashbacks revealing multiple versions of events offer a sophisticated exploration of issues of trauma, complicity, and ambiguity. Unseen for far too long, this is the first-ever DVD release of this unique film anywhere in the world. The DVD can be purchased from Second Run Films: http://www.secondrundvd.com/release_p.php.

Many thanks to Second Run Films for making this screening possible. 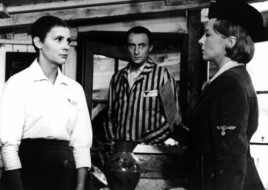 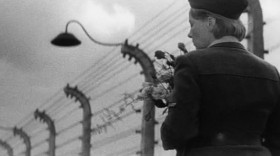