Home » The testimony of Halina Strnad at the Bruno Dey Trial

CONTENT WARNING: The following recording contains graphic and detailed descriptions of atrocities carried out during the Holocaust. Viewer discretion is advised.

Halina Strnad is a Melbourne-based Holocaust survivor of Lodz ghetto, Auschwitz and Stutthof. In early 2020 she appeared as a witness in the trial of Bruno Dey. Dey a Nazi guard at Stutthof concentration camp at the same time that Halina, of similar age, was a Jewish prisoner. As Dey was a minor at the time he was stationed at Stutthof,  the trial was held in the Hamburg Children’s Court. Survivors from around the world testified, and Halina related her experiences and witnessed events via video link.

Halina Strnad will appear in conversation with long-time friend Dr John Rogers. She describes her participation in the 2020 trial, and as well as some of her experiences during wartime and its aftermath. Halina and John will discuss the long-term effects that these events from the Holocaust have had on her life and views, as well as her sense of duty to testify. Halina will express her views on justice and forgiveness, and why testimony remains paramount in today’s world. Who is Bruno Dey?

Bruno Dey was 93 years old when he was tried in the Hamburg Childrens’ Court for being an accessory to the murder of 5230 people. Dey was tried in a juvenile court as he was 17 years old when he was stationed as an SS guard at Stutthof concentration camp in the north of Poland, between August 1944 and April 1945. Dey maintained his innocence, that despite being aware of the atrocities taking place at Stutthof, he was not an active participant. However, the judgement found him guilty, and he was given a suspended sentence. 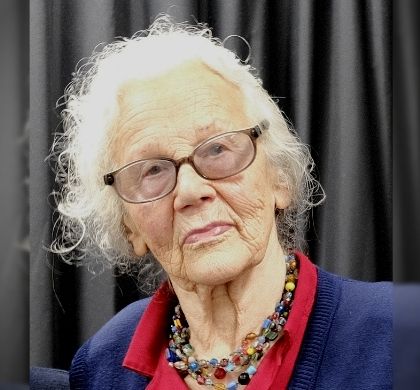 Halina Strnad grew up in Posnan, Poland. She was incarcerated in the Lodz ghetto, Auschwitz and Stutthof during the Holocaust. After the war, she completed her schooling in Lodz before migrating to Australia. She worked as a medical scientist for many years. Halina has written two books on her experiences and has recorded testimony. Dr John G Rogers AM was born in Melbourne and graduated in Medicine 1965. He trained in Paediatrics and Medical Genetics in Melbourne, Britain and the USA. He worked at the Royal Children’s Hospital and was ultimately the director of Clinical Genetics, before retraining as a Psychotherapist in which field he practised for over 20 years. 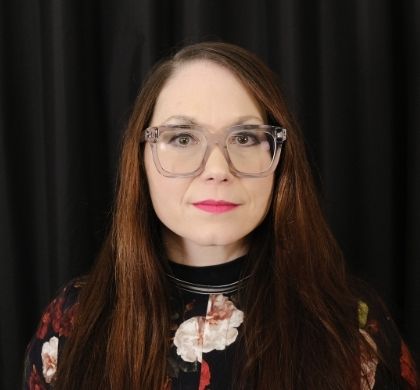 Manager of Collections and Research at the Melbourne Holocaust Museum.