Home » News from the MHM » Remembering 9/11 horror: a balancing act by Jayne Josem

The Age: September 11, 2012
By Jayne Josem, Curator and Head of Collections at the Melbourne Holocaust Museum in Melbourne

Tragic events in world history exist in both the private and public domain and there is great tension between these sectors. Individual mourners need to grieve while simultaneously whole communities feel compelled to honour past tragedies, pay respect to the victims and, most importantly, learn from the past with a view to creating a better future.

These tensions have boiled over continuously throughout the past decade as a team of experts have grappled with the challenge of creating the 9/11 Memorial and Museum. Working in the area of Holocaust memorialisation, I am aware that it is indeed possible to create a powerful space for contemplation, respect and education, but that you never get it right in everyone’s eyes.

In November 2011, I visited the former World Trade Centre site and found the memorial to be deeply moving and appropriate in its aesthetics and emotional impact.

Essentially it comprises two large rectangular pools, each one matching the one-acre footprint of one of the twin towers, surrounded by magnificent oak trees and granite benches, encouraging reflection and contemplation. Within each of the massive pools, water at first flows over a dark shelf that reflects the sky and surrounding buildings before spilling down the interior walls. It then travels along the floor of the large pool into a smaller dark rectangular void, disappearing completely from view into the black.

Watching the water cascading and the mist it creates is mesmerising and almost spiritual. It changes dramatically from falling water to rising vapour. The interplay of the sun’s rays hitting the falling liquid is quite magical. While it is transfixing to watch, there is no escaping the fact that to see the shimmering life-giving water ending up in a black hole is decidedly bleak.

Surrounding each of the pools are bronze panels displaying the names of all those who died on 11 September in New York, Pennsylvania and Washington, as well as the victims of the truck bombing of the WTC that took place in 1993. The names are not listed alphabetically but arranged by ”meaningful adjacencies” grouping people who were close together on the fateful day. I found this decision to be bold and thoughtful. Seeing the names of people from a wide variety of ethnic and religious backgrounds is the most powerful aspect of a visit to the memorial.

The memorial has attracted criticism; some feel it engenders hopelessness in the viewer. I believe that nothing is as bleak as what happened on that day; the images of the planes crashing into the towers, the towers imploding, people jumping to their deaths. In confronting the memorial we are all forced to contemplate death and fear. It is imperative that we stare into the abyss when we remember what happened on that day.

The as-yet-unopened underground museum is proving to be even more challenging with constant arguments over what to display, and where exactly the 14,000 unidentified parts of bodies should be housed.

Museum director Alice Greenwald has involved some of the most influential and outspoken representatives of the various stakeholders in conversations that are informing the development. She appointed nine highly qualified advisers including Civil War historian David Blight who asked the question: ”Are [the visitors] going to leave with any sense of why this happened and its consequences? Or will they be moved by the sheer power of the catastrophe? If it’s only the latter then the museum is a failure.”

As curator of the Melbourne Melbourne Holocaust Museum, I am most curious about two outcomes. Firstly, how do you convey the true horror of the event without traumatising the audience? At our centre we, too, have had to consider the issue of displaying disturbing material. I removed some shocking photos of pits of corpses from our museum, partly because I felt that these images dehumanise the victims. I believe photos of emaciated survivors taken at liberation are more potent. Yet many survivors accused me of whitewashing history.

One way the 9/11 Museum will address this problem is by including ”early exits” en route, so distressed visitors can leave. Disturbing material will be sectioned off so visitors can make choices. For me the most harrowing image is the first image viewers will see: a massive photo of the New York skyline on what could have been a beautiful day, 11 September, 2001, at 8.30am. ”It’s the world before,” Ms Greenwald said, ”Innocence.”

My second concern is how successful the museum will be in documenting the lives and motivations of the terrorists. There has been much tension and division on this subject. Plans to include photos of the hijackers in the museum led to heated debates. Ultimately the editorial board agreed to include them, as well as extracts from the final statements of the terrorists. However, the photos will be minuscule. The history of al-Qaeda will make up a small fraction of the display.

Memorials of tragic events must take into account the sensitivities of the victims’ families. But perhaps these grieving relatives are not the best judges of what is appropriate for an educational museum display. Perhaps they are too traumatised by the events to know what is in the public interest. 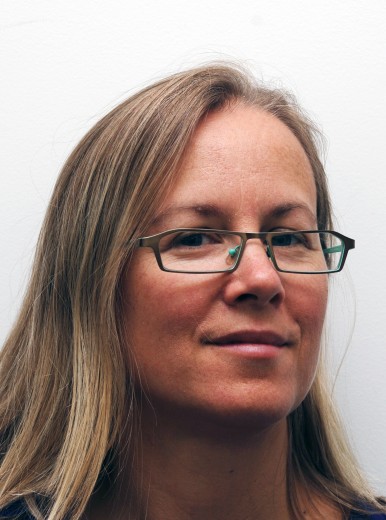