Senators Scott Ryan and Mitch Fifield, together with Liberal candidate for Melbourne Ports Kevin Ekendahl, hailed the work of the Melbourne Holocaust Museum (MHM) following a tour of the site on Monday 22 July 2013.

The three visitors also joined a group of school students who were given a talk by survivor Lusia Haberfeld.

“The achievement of volunteers in establishing museum that weaves the story of Melbourne’s Holocaust survivors and their families is both an inspiration and a precious gift to Victoria,” said Fifield, who is the shadow minister for disabilities, carers and the voluntary sector.

He added that to witness Haberfeld reliving and sharing her experience was a great privilege. “The work of the museum is so important in educating school students about the evil that people can do, and have done, to each other,” Fifield told The AJN.

Ryan, shadow secretary for small business and competition, first visited the museum as a schoolboy in 1989. “The new museum is incredibly well done; it’s world-class in terms of what is conveyed,” he told The AJN.

Noting that Haberfeld delivered “an incredibly moving address,” Ryan said the MHM’s most important contribution is to ensure the memory of the Holocaust continues.

He added that its role in demonstrating the possible consequences of human behaviour is also important – a sentiment echoed by Fifield.

“The museum reminds us all that we must be eternally vigilant against the circumstances that allowed such evil to flourish. To say a holocaust could never happen again would be to fail to learn the lessons of history so well portrayed by the museum,” Fifield said.

Meanwhile, all councillors from the City of Port Phillip, including Mayor Amanda Stevens, visited the MHM on Tuesday. Kindly reprinted from the Australian Jewish News 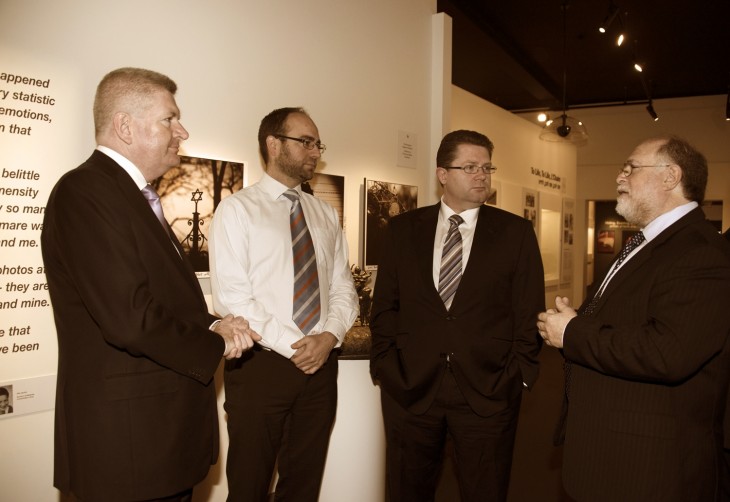