Image of Michèle Huppert and her mother Ruth, “I often accompanied my mother on her missions. With her immaculate grooming and in the company of an innocent child, she never raised any suspicions.” Courtesy of Michèle Huppert.

In her book, Michèle Huppert details her mother Ruth Kneppel’s involvement with the French Resistance during World War Two under the alias ‘Malou.’ Michèle documents Ruth’s role in the liberation of France, while also covering her humanitarian work caring for orphaned Jewish children following the war.

The event will stream from the top of this webpage from 7pm Wednesday 27 October. A recording will be available to watch on demand from the same place after the conclusion of the livestream event.

Ruth engaged in perilous undercover operations for the French Resistance, including transporting coded messages to operatives hiding in the forest, smuggling revolvers to Resistance assassins, and preparing political prisoners for jailbreak.

In the years following liberation, the family returned to Paris to engage in humanitarian work. Eventually, Ruth and Michèle migrated to Australia.

The mother and daughter remained close to until Ruth’s death in 2007.

Michèle Huppert remains proud of her role as a child decoy in her mother Ruth Kneppel’s missions as a French Resistance fighter. They immigrated to Australia in 1952, and Michèle built a successful career in the fashion industry. More than a decade after her mother’s death, Michèle wrote Malou to share Ruth’s story with the world.

Dr Anna Hirsh is the Melbourne Holocaust Museum’s Manager of Collections & Research, where her work focuses on Melbourne’s Holocaust survivors. She is a museum professional, historian, and art historian, with academic qualifications in Jewish History, Culture & Memory, Museum Curatorship, and Education (Visual Arts). 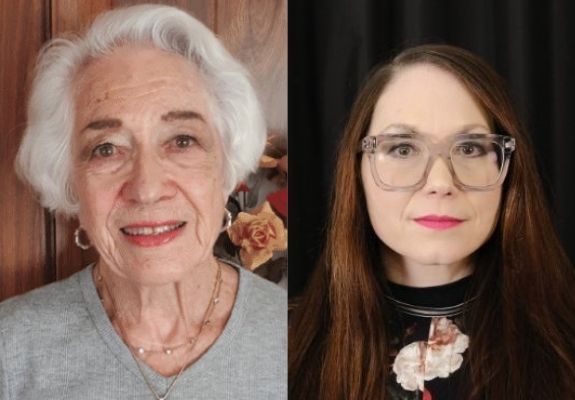 Malou: French Resistance Fighter has been published by Real Film and Publishing.

The book is available in hardcover from our bookstore. Other online retailers also offer Malou as an eBook.