Museum Australia’s inaugural Museum and Gallery National Awards (MAGNA) were presented at the conclusion of the three-day Museums Australia National Conference held in Perth and attended by representatives of museums nation-wide.

The award, presented to MHM Executive Director, Warren Fineberg, acknowledges the Jewish Holocaust Museum’s state-of-the-art upgrade which was completed in 2010 and opened by Simon Crean MP, Minister for Employment and Workplace Relations, Minister for Education and Minister for Social Inclusion.

“We are absolutely thrilled that we have been honoured by Australia’s peak museum body”, said MHM president, Pauline Rockman.

At the award ceremony, the judges commented that “such an empathetic development combined with impressive design principles, this project honours the purpose of the Melbourne Holocaust Museum while providing a contemporary environment fusing technology and display that will enable it, through its exhibitions, to attract and engage existing and new audiences into the future.”

Accepting the award on behalf of the Centre and particularly on behalf of the Holocaust survivors, whose contribution to Holocaust education and memory is so critical, Fineberg singled out the prodigious efforts of the MHM Curator and Head of Collections, Jayne Josem, who led the project, ably assisted by MHM Education Director, Zvi Civins. 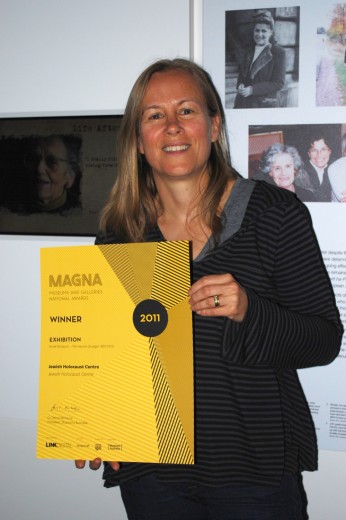