On January 26, the Australian government recognised two members of our museum community on the Australia Day Honours List.

We are so proud of the depth and diversity of experience and passion our board, survivors, staff and volunteers bring to our mission of Holocaust education, research and remembrance.

Congratulations, firstly, to our long term Holocaust survivor volunteer John (Szaja) Chaskiel on being awarded the Medal of the Order of Australia (OAM)!

At barely 11 years old, Szaja was sent to Poznan slave labour camp. After 15 months, he escaped, hiding with a priest until he travelled to the Lodz Ghetto. In late summer 1944, Szaja was transported to Auschwitz-Birkenau and sent on a death march before reaching Buchenwald concentration camp. It was here, at 3:15 pm on 11 April 1945, he was liberated by the United States Armed Forces.

John reunited with 65 of the “Buchenwald Boys” liberated that day when they emigrated to Australia in 1950, assisted by the Australian Jewish Welfare Society. He soon found employment and started a family in Melbourne, now three generations strong. The resilience and memory of his peers remain central to his life, as he reconnects with the Buchenwald Boys at their 7-decade ongoing annual Buchenwald Ball.

Over the years, Szaja has been a vocal pillar and advocate for Holocaust education and remembrance. He began volunteering with the MHM in 2001, and two decades later, he continues to share his story of survival. In 2017, he helped create a Virtual Reality (VR) Experience called Walk With Me. The film virtually guides students in connecting history with place as they witness Szaja visiting markers of his story in Poland, Auschwitz, and Melbourne.

We nominated Szaja for his dedicated service to our museum community and to celebrate his exceptional spirit following his Holocaust survival.

We also congratulate the achievement of Michael Debinski on being awarded an Order of Australia Medal and recognised, on a national level, for his contributions to a range of communities. He has accomplished pivotal work in the health and disability sector, including establishing the NDIS in Victoria and serving as President of Jewish Care.

Michael Debinski OAM has brought invaluable skill and passion to our museum and the memory of Holocaust survival in Melbourne by serving as our Vice President since 2021 after joining as a Board Member in 2020.

“I am very honoured to be awarded an OAM,” Michael said. “My parents were Holocaust survivors. When they came to Australia, they worked hard to build a new life with a commitment to family, community, and social justice. These commitments have also guided me.”

On his involvement with the MHM, he said, “This organisation plays a vital role in telling the stories of survivors who built new lives in Melbourne and teaching new generations about the Holocaust. We do this so the tragedy of the Holocaust is never repeated.” 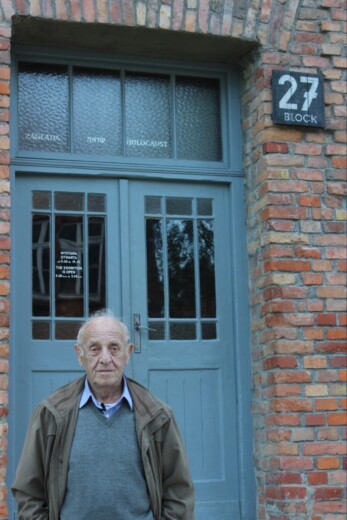