‘Besa: A Code of Honour’

Home » Past Exhibitions » ‘Besa: A Code of Honour’

'Besa: A Code of Honour' 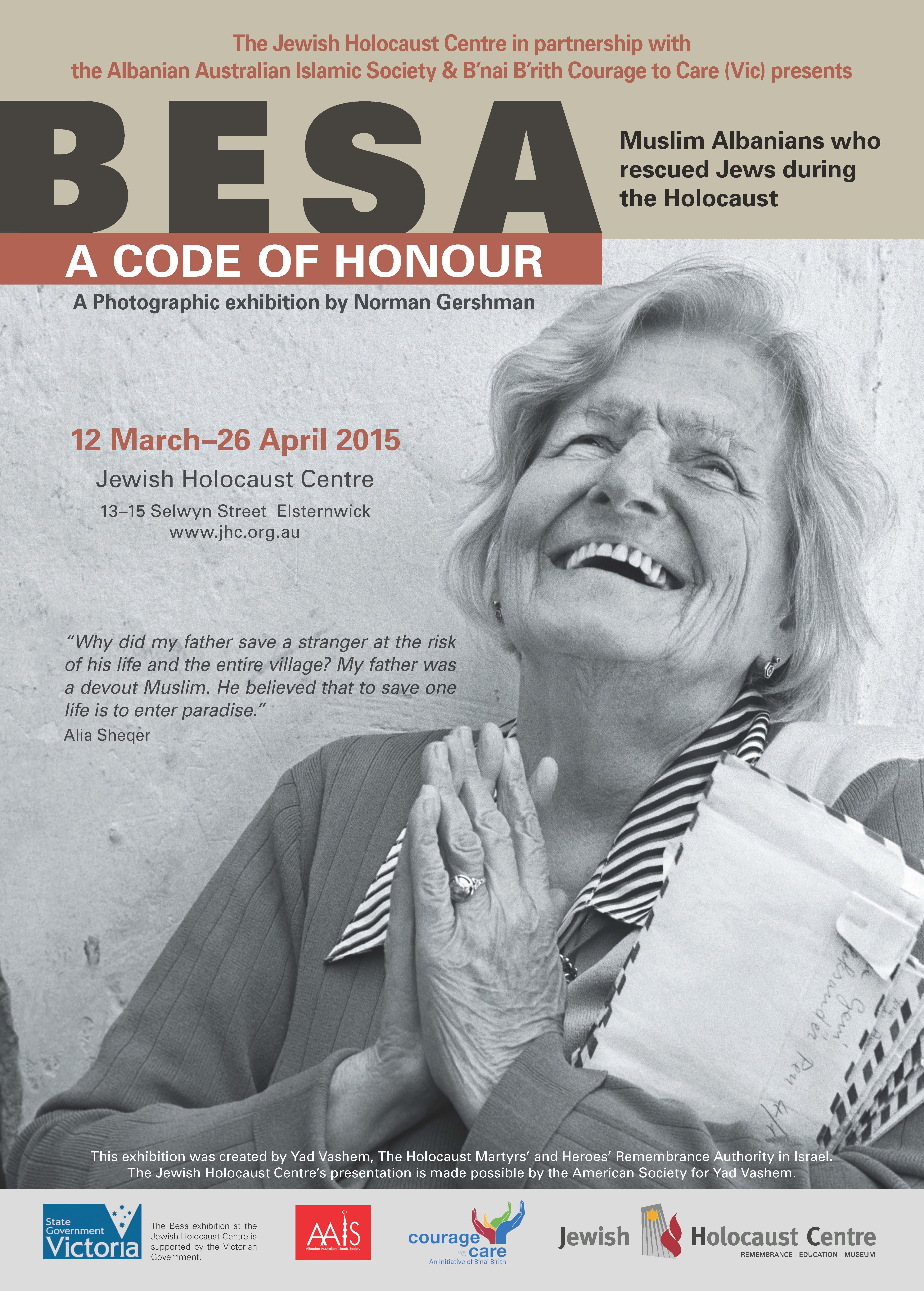 “Besa: a Code of Honour”

A Photographic exhibition by Norman Gershman

Muslim Albanians who rescued Jews during the Holocaust

This exhibition features photographs by the American photographer Norman Gershman of Muslim Albanians who Rescued Jews during the Holocaust.

Albania, a European country with a Muslim majority, succeeded where other European nations failed. Almost all Jews living within Albanian borders during the German occupation – those of Albanian origin and refugees alike – were saved.

The Albanian population refused to comply with the occupier’s orders to turn over Jews residing within the country’s borders. Moreover, the various governmental agencies provided many Jewish families with fake documentation that allowed them to intermingle with the rest of the population.

The remarkable assistance afforded the Jews was grounded in Besa, a code of honor, which still today serves as the highest ethical code in the country. Besa literally means “to keep a promise”. One who acts according to Besa is someone who keeps his word, someone to whom one can entrust one’s life and that of one’s family. This exhibition comes at a time in history where the importance of tolerance and understanding between disparate religions and cultures is paramount to maintain a civil society.