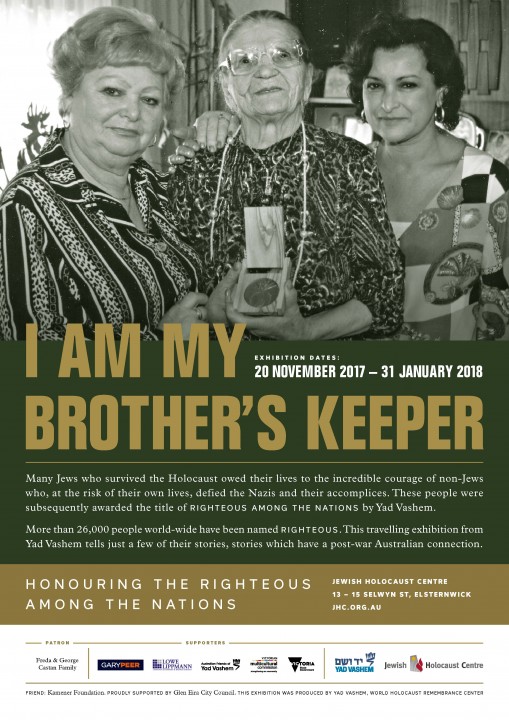 This travelling exhibition from Yad Vashem, (The World Holocaust Remembrance Centre in Jerusalem) tells the stories of non-Jews who at great risk to their own lives and those of their families saved the lives of Jews during the Holocaust. The State of Israel has honoured these people with the title ‘Righteous Among the Nations’. So far 26,000 people have had this honour bestowed upon them world-wide.

The exhibition centres on a small number of Righteous who settled in Australia after the war. These people stood up to tyranny and the personal threats made by the Nazi Regime to rescue Jews who were being persecuted, deported and murdered, allowing some light to shine through the darkness of a period of unparalleled evil in world history. While the exhibition focuses on acts of courage during the Holocaust, its message on the importance of speaking out and doing something, anything, to help others in need and is as pertinent to day as ever.