Between 1939 and 1945 the Nazis murdered 200,000 mentally ill or disabled people.  Deemed to be “life unworthy of life” these people were killed with the knowledge, approval and cooperation of bureaucrats, doctors, nurses, lawyers, health officials, administrators and families of the victims.  The moral issues raised in this exhibition remain profoundly disturbing and relevant to the treatment of those who are deemed to be “the other”.
Beth Wilson AM, Former Victorian Health Commissioner

More than 400,000 people living with psychiatric illnesses and intellectual and physical disabilities were forcibly sterilised and more than 200,000 were murdered in Germany and occupied territories between 1933 and 1945. These crimes were perpetrated by the Nazi state through the agency of medical, nursing and legal professionals. Following on from the 2010 official apology for the crimes of psychiatrists under the National Socialist regime, the German Association for Psychiatry, Psychotherapy and Psychosomatics (DGPPN), in cooperation with the Foundation Memorial to the Murdered Jews of Europe and the Topography of Terror Foundation, developed an exhibition which focuses on this aspect of history. The exhibition was opened in the German Parliament on 27 January 2014.

The exhibition provides a comprehensive overview of the Nazi program, which became known as T4, telling this chilling story through detailed personal accounts and reproductions of key documents and photographs. 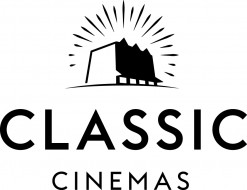