Home » News from the MHM » The Irene Capek MBE Collection

The family of Irene Capek MBE have recently offered to donate a large collection of historical materials to the Melbourne Holocaust Museum.

Irene was a humanitarian and a local Australian politician. She focused her efforts on migrant services by helping new arrivals. She lobbied the government through her role as an Executive Member of the Commonwealth and Victorian Migrant Advisory Councils. Her other appointments included the United Nations International Children’s Emergency Fund, Caulfield Community Services, and the United Nations Association of Australia. Her involvement in migrant welfare was recognised in 1973 when she was appointed as a Member of the Order of the British Empire. In 1977 Irene was elected as a councillor to the City of Caulfield. What many may not have known is that she was also a Holocaust survivor.

Irene was born on 28 December 1924 in Prague, Czechoslovakia, as Bedriska Lavecka to parents Anna and Emil. Irene remembers a happy childhood with a loving mother, father and grandparents all living together until she was six years old when her mother died of typhoid. From then, Irene lived with her maternal grandparents. However, her grandmother died when she was 12. As Irene’s father travelled for work, she was sent to a Prague orphanage in 1937.

On 15 March 1939 after the Germans invaded Prague, conditions became worse for Irene. Her school closed and her father lost his job. Irene managed to work at a hair salon until 1941 when Jews were forced to wear yellow stars. That same year, Irene moved to a youth hostel that was run by her future husband, Fred Capek, and his wife, Greta (nee Bohrer).

In 1942 Irene was deported to Theresienstadt Ghetto. There she was reunited with her father and grandfather. Irene’s father died in the Ghetto two days after seeing her again and her grandfather was sent to Auschwitz at age 80.

Irene was deported to Auschwitz in 1944 and was tattooed with the number 86072. She wrote of her experiences at the camp: ‘Everything was taken away from us as human beings. We had no shame left, nothing. We just existed somehow.’

Towards the end of the war, Irene, along with other prisoners, were moved from Auschwitz to slave labour camp Kudowa-Sakisch in Germany. On 5 May 1945 Irene was liberated.

Back in Prague after the war, Irene and Fred’s paths crossed again. Fred had survived Auschwitz, but Greta was murdered there. Within a year of reuniting in Czechoslovakia, Irene and Fred married and had their first child, John.

Fred also has a remarkable story of survival. He was born in 1907 in Prague and married Greta in 1939. Although the pair could emigrate, they stayed because of their parents. In 1944 Fred was transported to Auschwitz and then to Gleiwitz, from where he escaped. In 1945 he joined the Czech Army in Poland and continued to Czechoslovakia as Captain. We are in the process of documenting his story as well.

Fearing Stalinism in Europe, the Capeks migrated to Melbourne in 1949. The first few years following their arrival was tough for the new immigrants. The family lived in a converted garage and Irene worked as a cleaner and waitress while Fred, who was a mechanical engineer by trade, worked as a gardener and conveyor belt operator. Ultimately, Fred gained work at a local engineering company. In 1953 Irene, who had just given birth to their second child, Annabelle, quit her cleaning and waitressing jobs to focus on her community endeavours.

The historical items that will be donated include beautiful and poignant photographs from before the war, including family members who would be murdered, Emil Lavecka, Irene’s father’s World War I medal, and letters from notable Australians including Prime Minister Malcolm Fraser and Victorian Premier Rupert Hamer, who praised her social work. There is also a collection of Irene’s writings that capture her experiences during the Holocaust. Irene recorded her testimony at the Melbourne Holocaust Museum in 1997, and these original items contribute to proof of these events, as well as capture the names and images of those who did not survive: adding to international documented evidence of atrocities committed against the Jewish people in Europe. In the face of a global resurgence of antisemitism, Holocaust denial and revisionism, these tangible items are now more than ever pivotal in safeguarding the truth. 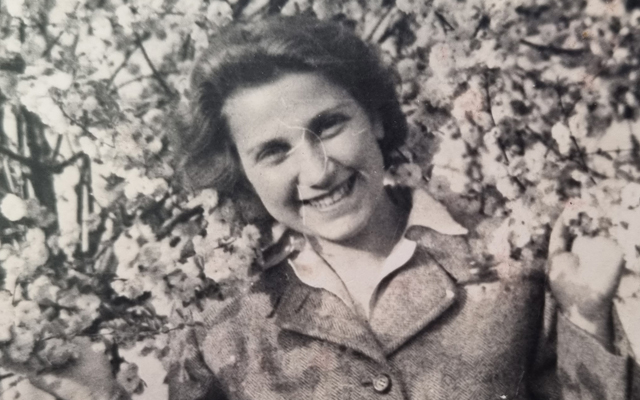