Irma's grandmother Martha sits in Centre. Behind her stands Robert Conradi (deceased 1927). Irma’s mother Rosa is on the left with her arm around Martha. Charlotte stands on the right holding Max.

Lesson from the past

For Irma Hanner, the November pogrom (or Kristallnacht) of November 9, 1938 will be etched in her memory forever.

Irmgard Conradi (birth name) was born on 9 June 1930 in Dresden, Germany. Irma’s family had lived in Germany for centuries. Irma grew up in a matriarchal household headed by her grandmother Martha. Irma recalls Martha telling her “it is always better to be a giver than a receiver” and “to step into the shoes of the other.”

Irma’s Uncle Max, a qualified electrician and amateur soccer player lived with the family. Irma’s Aunt Charlotte lived with the Conradis until her wedding in 1933. Charlotte was an art and fashion lover. She worked as a fashion model.

Rosa, Irma’s mother, was drawn to books and ideas. She had many friends and played zither, a traditional German stringed instrument. Rosa chose to remain a single mother after refusing to change her religion for marriage.

Irma recalls spending every high holiday in the Semper temple, named for its famous architect. When first inaugurated in 1840 “for all eternity”, the Moorish style temple was the largest in Germany. Irma describes the Temple as mesmerizing. She loved listening to the sounds of the organ and beautiful choral choir. In 1935 the laws on German Blood and Honour were issued. stripping Jews of civil rights. Charlotte had already lost her job due to “Aryanisation”. Now she was placed under external pressure to divorce Walter, a gentile. Walter was excommunicated from his family and unemployed when the swing orchestra he performed in was banned, on account of it being ‘degenerate.’ Martha died in 1935, perhaps from a broken heart and the vicissitudes of her family’s life.

By 1938, Max was excluded from Dresden sports clubs. Irma recalls her mother whispering to her aunt that Max’s friends ‘dropped him like a hot potato’.

Walter was hauled before the Gestapo, imprisoned and interrogated. Walter’s apartment was confiscated. The ‘mixed racial’ couple were forcibly relocated to a poor industrial area. The Gestapo paid nightly ‘visits’ to the couple. 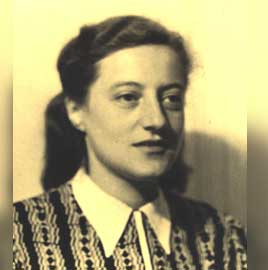 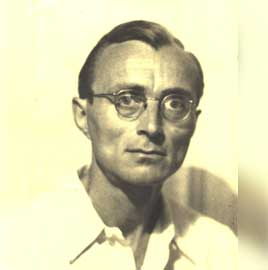 Walter Hempel, "a wonderful man who helped so many”. 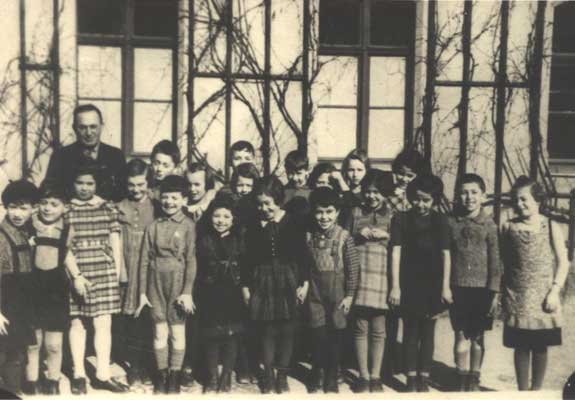 Irma's Class at the Dresden Elementary School, 1939, Irma is fourth from the left.

In October 1938, Irma was still able to attend school as she was enrolled in the elementary Jewish school which was attached to the Temple. However, Irma’s class size dwindled owing to the daily ‘disappearance’ of her classmates. “Every day there were less and less students at school. It was a terrible atmosphere. I couldn’t concentrate on my schoolwork. At the time we didn’t know but later found they were taken to Riga.”

"November 9, 1938 was the day that turned my life upside down. And it still haunts me today. And every day."

On November 9, 1938, pogroms took place all over Germany. In Dresden, Jewish shop windows were smashed and looted before a mob arrived at the Temple, already set on fire by the SA. Over 150 Dresden Jews were arrested and imprisoned, later deported to Buchenwald. Amongst these men was Uncle Max. On November 15, 1938, the Dresden District Court authorized the demolition of the remainder of the Temple by dynamite. The Jewish Community was ordered to pay the demolition costs. The demolition was filmed by a camera crew ‘for all eternity’. 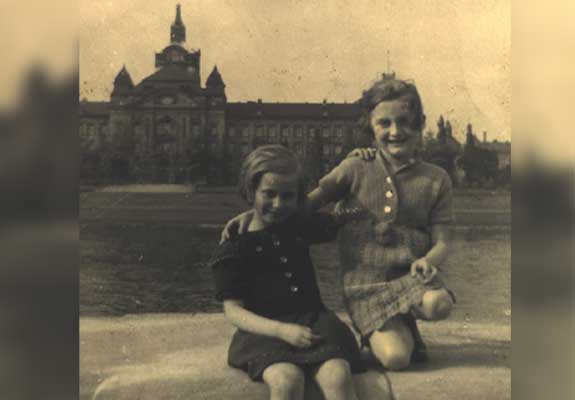 Irma (R) and her friend Lydia pose together in front of the iconic Frauenkirche on the River Elbe in Dresden, 1938. They are innocent and oblivious of what is to come.

Demolition of the Dresden Synagogue Uncle Walter negotiated Max’s release from prison. Papers were precipitously organized, and a visa obtained for England. Irma remembers walking Uncle Max to the station where they hugged goodbye and cried.

Irma and her mother Rosa remained trapped in Dresden.

Irma’s apartment building would have been adorned with a sign, “NO JEWS LIVE HERE” when Rosa and Irma were evicted. The Jewish Community provided a free apartment for them where a sign saying “JEWS LIVE HERE” was on prominent display.

"When I finally went back to school it was a terrible sight. Our beautiful synagogue and most of the school was gone.” A sad day arrived for Irma when her best girlfriend Lydia announced her family had secured visas to Argentina. “I remember my family saying they were crazy for going to Argentina but so lucky. My mother knew that even a dangerous country like Argentina was better than Germany."

Charlotte and Walter Hempel survived in Dresden amidst tremendous hardship in forced labour.

Max served in the British Army for the duration of World War Two. 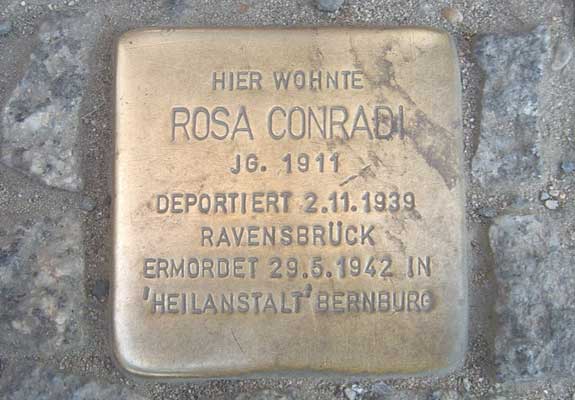 Irma’s mother was arrested for “racial disgrace” in 1939. It was only in 2009 that Irma and her family were able to discover Rosa’s fate. Rosa was deported to Ravensbruck Women’s Concentration Camp. She was murdered by gas at Bernburg euthanasia Centre, Saxony, in 1942.