The Melbourne Holocaust Museum is proud to present a touring exhibition from the USA of photographs and extraordinary stories from the Holocaust and genocides in Bosnia-Herzegovina, Rwanda and Cambodia.

The exhibition highlights acts of courage by ordinary heroes who resisted overwhelming tides of prejudice and violence to risk their lives saving others. Using photography and narratives it aims to deepen awareness and understanding of the presence of rescue behaviour during genocides. We believe that visitors will leave with better knowledge of how one person can make a difference in the face of organised violence. An adjunct to the exhibition will be displays of Melbourne-based rescuers from the Holocaust which have been kindly donated by Courage to Care.

Leora Kahn (Curator, USA) – ‘The Rescuers’ curator will launch the exhibition and participate in a series of lectures/discussions. She is an accomplished and award-winning curator, educator, film-maker, photographer, photo editor and director of photography for publications such as The New York Times Magazine, People Magazine, Time Magazine, Rolling Stone and The New Yorker.

Public Program – As part of its mission of combating racial intolerance, the Melbourne Holocaust Museum will hold a colloquium involving members from Melbourne’s Jewish, Bosnian-Herzegovinian, Rwandan and Cambodian communities who have witnessed or been victims of genocide, both past and present, as well as the Armenian and Sudanese communities.

Over four weeks, the MHM will host a series of lectures, discussions and film nights involving academics, mental health practitioners, community-aid workers and leading members of the Jewish and wider communities.

The MHM hosts over 20,000 school students from some 430 schools annually as part of its educational program. Students visiting the MHM during the exhibition will have an opportunity to connect events during the Holocaust to current world issues, while the programmed lectures and discussion groups promise to reach further into the community.

John Searle, Chair of the Victorian Equal Opportunity and Human Rights Commission will open the Exhibition on 25 July 2012. 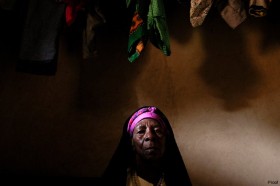