A tribute to the dignity, fortitude and resilience of 20 Melbourne Holocaust survivors.

As Melbourne’s Jewish Holocaust survivor numbers decline, a local artist has painted a series of portraits to commemorate their stories.

To be shown this month at the Melbourne Holocaust Museum in Elsternwick, Tribute is an homage to the stories of 20 survivors, most now aged in their 80s and 90s. This is the first time a series like this has been painted in Australia.

For artist Jeffrey Kelson there was a sense of urgency that led him to this project. When he met with his subjects and learned their stories, he wanted to pay tribute to their dignity and fortitude and the ways in which they were able to rebuild their lives in Australia.

Further information is available by calling 9528 1985 or admin@mhm.org.au. 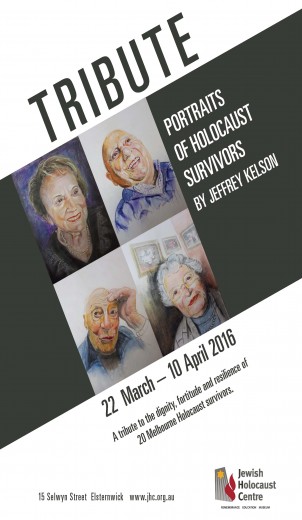