In this intimate autobiography, Zyga Elton describes the early years of his life in pre-war Poland, his experiences at school and growing up on the streets of Warsaw.  He reflects on his love of literature, sport and his growing interests in politics and socialist ideologies.

Soon after the German occupation of Warsaw, Elton, along with countless other Jews, fled eastward into Russia.  Elton describes his escape through Grodno, Brezezany, Kuibyshev and his terrifying experience of imprisonment in Lvov.

In 1942, Elton had found his way to Buchara, Uzbekistan, where he spent the remaining years of the war in relative safety.

Towards the end of 1945, news reached the town that Jews would be repatriated to Poland. On his return to Warsaw, he was devastated to discover his family had disappeared.  Soon after, he was finally given the freedom to leave Poland and to start a new life elsewhere.

The book is detailed without being heavy.  Characters and places are introduced with thorough description, yet the book remains a fast-paced read.

Elton’s story is very personal, but great attention is paid to the surrounding geo-political forces shaping his experience. 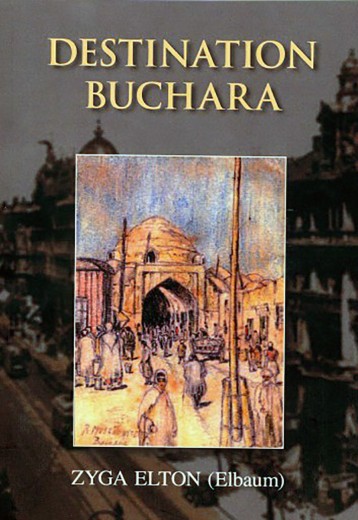