Who were Truus’ Children?

Home » News from the MHM » Who were Truus’ Children?

This year, we again join in partnership with the Jewish International Film Festival (JIFF) to provide meaningful connections with their programmed Holocaust films. Lisa Phillips, our Pedagogy Specialist, gives some background to the Kindertransport seen in Truus’ Children (2020), showing in cinemas as part of JIFF from 3 March until 3 April 2022.

Before and during WWII, the little-known Dutch war hero Truus Wijsmuller saved the lives of thousands of Jewish children. She was a woman so convinced of her mission that she flew to Vienna to negotiate a deal with Adolf Eichmann to let 10,000 mostly Jewish children leave their birth countries and flee to England and the Netherlands.

The resistance worker was been recognised by the Yad Vashem as a Righteous Among the Nations in 1966 for saving thousands of Jewish children who otherwise faced certain death by sending them on ‘Kindertransports.’

What was the Kindertransport?

The first Kindertransport arrived in England carrying 200 children from a Berlin Jewish orphanage on 2 December 1938. In the nine months before the war began, the Kindertransport saved 7,500 Jewish children by transporting them to Britain.

Australia rescued only a few Jewish children, most notably a group of 17 German children and 20 Polish boys.

Although the dominant British narrative is one of celebrating the role of the host nation as a saviour, Dr Amy William in her PhD research questioned this as, ‘it says little about more negative experiences such as internment, domestic service and adapting to a new way of life many times without any family members present to guide the children into adulthood’.

While some of these minors struggled to adjust in a new land, as many as 1,000 older children were interned instead of welcomed – some sent to Australian camps via the ‘hell-ship’ Dunera due to British concerns about domestic German collaboration.

Those who found themselves on the Dunera were transported alongside genuine prisoners of war, including 200 Italian fascists and 251 Nazis. They interned behind barbed wire in camps near Hay and Orange in NSW and Tatura in Victoria.

A recent survey revealed only a small portion of Australians know about the passengers on-board the Dunera.

The Kindertransport in the MHM Collection

Some items from our collection can help us understand more about the lives of these children separated from their families in an attempt to flee a Europe on the brink of war. This postcard from Theophil and Paula Breit, in Vienna, Austria was sent to their son, Johannes (John) Breit in London, England dated 24 August 1939.

Johannes was sent from Vienna to the UK on a Kindertransport. Theophil and Paula Breit were murdered in Kaunas, Lithuania. Johannes lived until 2001. 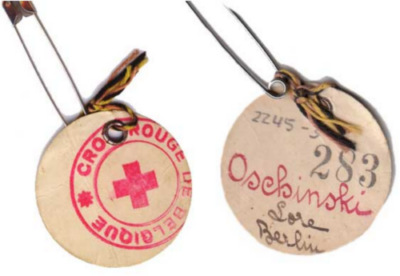 Dated 1939, this Kindertransport Tag #283 was issued for Lore Oschinski by the Belgium Red Cross.

Her parents initially sent Lore from Berlin to Brussels but, with war looming, she soon joined a group of Jewish children on a Kindertransport to England later that year. When Lore arrived, war broke out with her parents trapped in Germany. Her mother eventually joined her in England, but her father was unable to leave Germany and died by suicide in 1942. Lore changed her surname from Oschinski to Oliver and worked as a nurse after the war. She sketched and wrote in this book between 17 November 1939 to 27 July 1940, after her arrival in England via the Kindertransport. After her arrival, Lore was interned as an enemy alien in the Rushen camp for women in Port Erin on the Isle of Man, England.

On the day of her internment, she wrote: “Scout(‘s) Law: smile and whistle under all difficulties”.

You can see these Kindertransport items from our collections here.

The Kinder: Life after the Kindertransport

The Kindertransport was intended as a temporary measure until the unrest in Europe settled, with plans for the children to then safely return home. With the outbreak of World War Two, the transports stopped. The children stayed in Britain while their families lived and died under Hitler’s regime. After the war, the displaced children settled across the world or remained in Great Britain. Many later became British citizens. As the years went on, this diaspora united by Kindertransport began to refer to themselves as ‘Kinder.’

Largely forgotten from this narrative, Truus’ played a pivotal role in the Kindertransport. Learn more about her extraordinary efforts and life at the Jewish International Film Festival. Truus’ Children, featuring interviews with surviving children alongside an original recording of Truus, is a moving documentary that pays tribute to the bravery of a single extraordinary woman.

Stay up to date with the Jewish International Film Festival 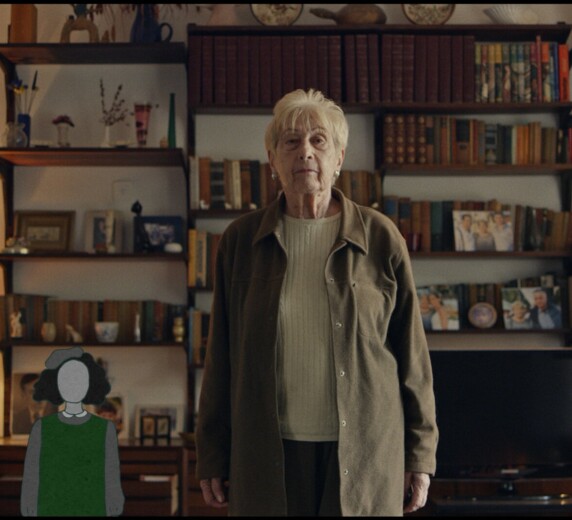