From Hell to Salvation: Surviving the Holocaust, Willy Lermer OAM

Home » Books » From Hell to Salvation: Surviving the Holocaust

Krakow, 1942.  Willy Lermer was just 19 years old when he was forced to leave his family behind in Myslenice and was sent to work in the notorious Plaszow Labour Camp.  Here, under the command of the vicious Nazi Amon Goeth, he endured back-breaking labour, illness and starvation.

But worse was yet to come. In 1944, Willy was deported to Auschwitz-Birkenau. He worked as a slave labourer for four gruelling months alongside the gas chambers and crematoria, surviving on a diet of clear soup and guard brutality.  Finally, Willy was transferred to Dachau.  When the Americans liberated the camp he was barely alive – weighing just 38 kilos.  He had survived unspeakable atrocities, only to discover that his entire family had been murdered in Belzec death camp.

From Hell to Salvation tells the story of one man’s battle for survival amid the horrors of the Holocaust, and of the courage required to start a new life in the face of devastating loss.  It is a testament to the enduring power of hope, and a poignant reminder of the threat racism poses to a civilised world. 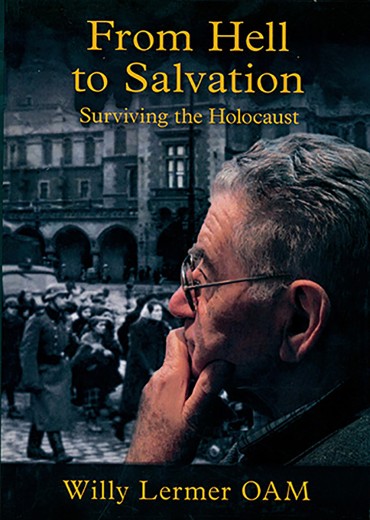