This memoir details the life of Sarah Saaroni in the years after her survival during the Holocaust as told in her previous book Life Goes on Regardless.

While that title reflects reality, Sarah has never been a passive participant in life but has used her determination, courage, ingenuity and resourcefulness to face the numerous challenges with which life has confronted her.

The story that Sarah relates in this small book probably reflects the difficulties facing many refugees after their escape from war and areas of conflict.  But so many would never face these challenges with the same determination and resolve that contributed to Sarah Saaroni’s survival through the Holocaust.  She shows that these same characteristics have helped her confront the demands of post-war life, move countries, learn new languages, bear two children, work numerous jobs, support her husband, take up piano lessons and become a highly regarded sculptress.  Now in her 90s she continues to lead a very active and productive life.

Despite all that life has thrown at her, the message she continues to believe and deliver is that ‘the world is so beautiful. If only people could live in peace and accept one another.’  Surely it is this philosophy that has allowed her to reach this stage of life. 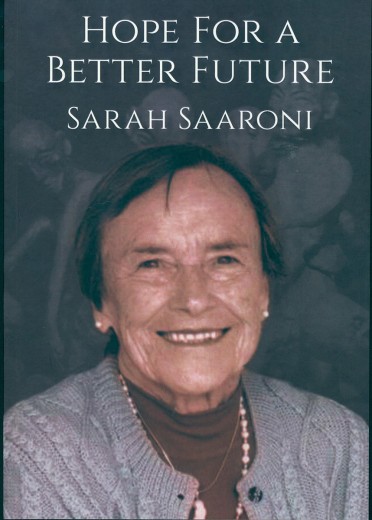