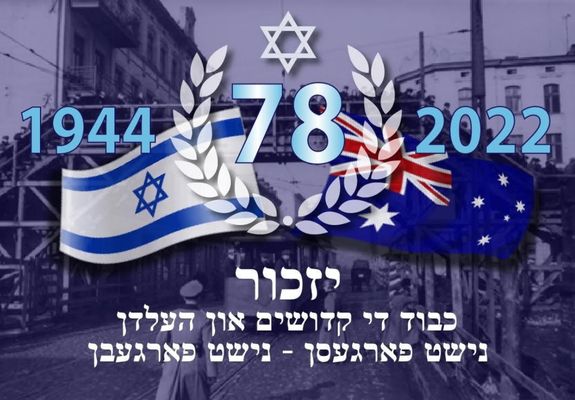 A Brief History of the Melbourne Lodz Centre and Commemorations

The Landsmanshaftn were societies of Jewish immigrants who came from the same town or region in Eastern Europe. They were named for the members’ original birthplaces. They were formed to assist their fellow ‘townspeople’ in settling into their new lives in Australia. This assistance - material, emotional, cultural, and social - helped many new arrivals to begin their acclimatisation to life in their new country.

By 1949, numerous attempts had been made to form a Lodzer Landsmanshaft. In 1953 an initiating committee was formed with the aim of calling a general meeting of Melbourne Jews from the Polish city of Lodz and organising an evening to commemorate the memory of their annihilated community.

Today’s Lodz Committee consists of second and third generation descendants. As the years pass by and we have fewer of our precious survivors with us, we realise the importance of involving the younger generations in helping us remember the Lodzers who called Melbourne their home. Today we remember and honour Jewish Lodz, and its inhabitants, the last embers of a once glorious and vibrant community. 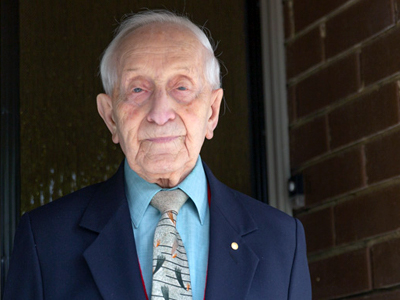 Abram Goldberg OAM was born in Lodz, Poland in 1924. He and his parents were imprisoned in the Lodz Ghetto and forced to work as slave labourers. In 1944 Abram and his mother were sent to Auschwitz-Birkenau. His mother was gassed upon arrival. Abram was sent to a series of camps before being liberated in Wobbelin concentration camp on 2 May 1945.

After surviving the Holocaust, Abram and his wife Cesia moved to Melbourne in 1951. Abram has been volunteering at the Melbourne Holocaust Museum since it opened 1984, and is an active board director. He was awarded an OAM in 2013. Abram has spoken numerous times at the Lodz Ghetto Commemorations and remembers attending them from their very inception. Over the past few years Abram has been working with award-winning writer and actor Fiona Harris on his book The Strength of Hope. George Greenberg AM was born in Lodz in 1946, to Irene (Irka) and Leo (Lolek) Greenberg.

Irka and Lolek married in Lodz one year before the Nazis invaded. They were herded into the Lodz Ghetto where they slaved and survived for four and a half years before being sent out on the last cattle transport from the ghetto. Later on Lolek was forcibly marched to Sachsenhausen and Irka to Ravensbruck. Miraculously each survived the concentration camps, were liberated by the Russians and were reunited in Lodz in 1945.

Arriving in Australia in 1951, Lolek and Irka never forgot the cruelty, deprivation, disease, starvation and slavery in the Lodz Ghetto. They instilled the values of decency, fairness, equality, charity and the necessity to stand up publicly against prejudice and injustice into their only son George, and their grandchildren. 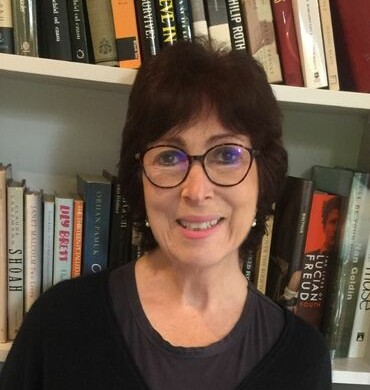 Marcia Jacobs is the daughter of Esther and Jacob G. Rosenberg. Esther survived the Warsaw Ghetto Uprising and eight concentration and labour camps including Majdanek, Bergen-Belsen and Dachau. Jacob spent his childhood and adolescence in Baluty, Lodz until the liquidation. He was deported with his family to Auschwitz and was liberated in Mathausen-Ebensee on 8 May 1945.

A poet, storyteller and author, Jacob is best known for his memoir East of Time which won The National Biography Award (2007). Its sequel Sunrise West won the South Australian Arts Award for non-fiction (2008) and the NSW Premier’s Award (2008).

Marcia’s essays and poems have appeared in various literary journals and anthologies here in Australia and abroad. These include Meanjin, Westerly, Poetica Magazine, Voices of Israel, Women Who Write Melbourne and Singing for All He’s Worth—Essays in Honour of Jacob G. Rosenberg.  She is currently working on a ‘Memoir in Essays.’