This will open in a new tab/window
To save the PDF, right click the button & select ‘Save Link as…’

Our April 2014 edition of Centre News includes a plethora of interesting articles, among them a fascinating piece by Professor Dan Michman on the relationship between the Holocaust and other genocides, followed by coverage of Rabbi James Kennard’s presentation on the uniqueness of the Holocaust, delivered  at the ‘Betty and Shmuel Rosenkranz Oration: Commemorating the 75th Anniversary of Kristallnacht.’  The journal also includes an insightful and detailed essay by Dr Gideon Greif titled ‘The Sonderkommando in Auschwitz-Birkenau: The Dearth Factory’s squad of Jewish Workers.’  As this year marks the 3oth anniversary of the establishment of the Melbourne Holocaust Museum, there are several references in this issue to the history of the MHM and to the Centre’s  future direction.

If you have not yet read and enjoyed the April 2014 edition of Centre News, please take the opportunity to do so. 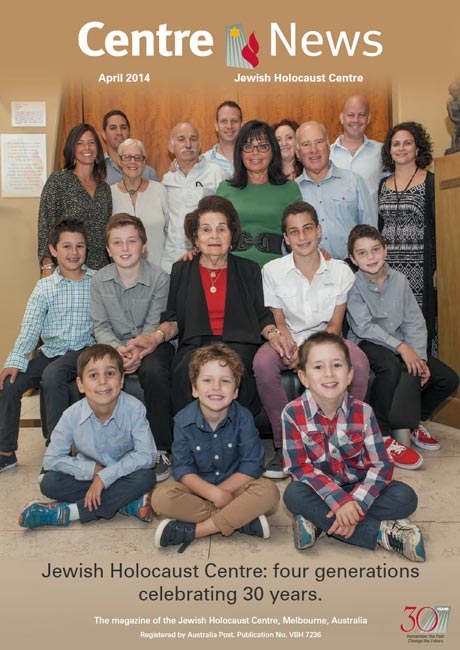