The September 2016 pre-Rosh Hashanah edition of the Melbourne Holocaust Museum’s bi-annual publication, Centre News, features a moving tribute to Elie Wiesel, who passed away on 2 July this year, by Rabbi Ralph Genende in which he refers to Wiesel as a man burning ‘with a passion and a mission … Out of this fire was born his primary mission: … to bear witness, to give testimony and create a testament for the future.’

Articles in this edition include the testimonies of those who bore witness: the stories of Lola Putt, one of the few Greek Jews to survive Auschwitz; Floris Kalman, a Belgian child survivor of the Holocaust who spent two years in hiding; Shmuel Rosenkranz, who witnessed Kristallnacht in Vienna as a teenager before escaping from Europe; and Gary Gray from Sosnowiec, Poland, and Otto Kohn from Prague, Czechoslovakia, who were prisoners in slave labour and concentration camps. As Centre News editor, Ruth Mushin, notes in her introductory message: ‘Bearing witness and giving testimony has also been the mission of Melbourne’s Holocaust survivors, and this edition is truly a celebration of their stories and the enormous contribution they have made’.

The publication includes some fascinating insights by Melbourne Holocaust Museum Curator Jayne Josem and Archivist Dr Anna Hirsh on their recent trips to Poland, an analysis of Holocaust diarists by Dr Fiona Kaufman, and a reflection on what it means to be part of the third generation of Holocaust survivors by Bram Presser.

We hope you enjoy the articles. 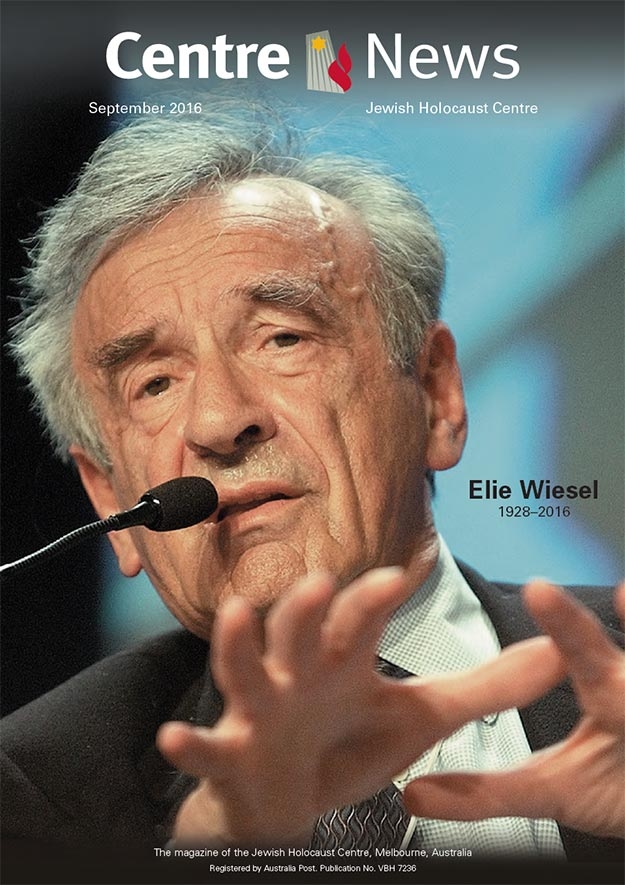