The Rosh Hashanah edition of Centre News, replete with outstanding articles, records the stories of two priceless acquisitions by the Melbourne Holocaust Museum. The first is the diary of the late Yitzchak Meir Kluska, written in Yiddish on ledger paper in what was effectively a chimney, while in hiding during the Holocaust. The second tells the story of a Sefer Torah from the Czechoslovakian town of Valasske Mezirici. The small Jewish population of the town was decimated during the Holocaust: most of the community’s members were murdered in Auschwitz-Birkenau. The Sefer Torah, however, survived and is now displayed at the Melbourne Holocaust Museum.

Articles in this issue of Centre News include a thoughtful piece by Professor Paul Bartrop on the impact of the 1938 Evian Conference (this year is the 80th anniversary of the international meeting), and a moving account of what happened to the Polish town of Lowicz during the Shoah, written by Michaela Glass, Monash University student and recipient of the Irene and Ignace Rozental journalism scholarship. Lowicz was Michaela’s grandfather’s home town. 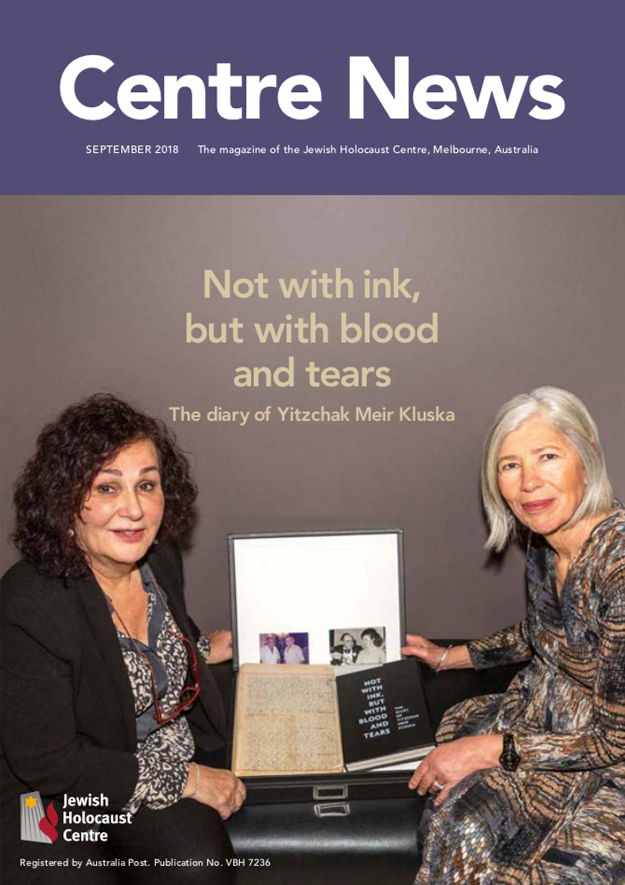