New Collections’ item: Revolt in the Ghetto by Reca Stone

Home » News from the MHM » New Collections’ item: Revolt in the Ghetto by Reca Stone

Thank you to the Posh Opp Shoppe in Elsternwick for this donation. We welcome donations of any historical items relating to the Holocaust. Please contact archives@mhm.org.au to find out more information about contributing to our precious Collections.

‘That from the Ghetto of Warsaw, from the abyss of misery and degradation created by Nazis to defile their fellow men, there should rise a call from the soul which the Nazis cannot touch. This call should reach out to all freedom-loving people…’ Reca Stone, Sydney, 1944.

The Nazis frequently and deliberately scheduled major Aktions to coincide with Jewish holy days, and on Passover Eve, 19 April 1943, the Nazis entered the Warsaw Ghetto with the objective to send the remaining Jews to their deaths within three days.

Months earlier, in January 1943, the second major deportations of the ghetto’s Jews to the extermination camps were met with acts of resistance by the ŻOB – Żydowska Organizacja Bojowa (Jewish Fighting Organisation), which slowed the deportations, but came with severe reprisals. In April, the SS and their police were met with a more organised resistance, as Warsaw’s Jews were better prepared, with weapons supplied by the Underground, as well as improvised artillery including Molotov cocktails.

The major groups were the ŻZW –  Żydowski Związek Wojskowy (Jewish Military Union), which comprised many Polish Jews who had served in the army and younger Jews including those from Revisionist Zionist youth group Betar, and the ŻOB led by Mordechai Anielewicz, which included many young fighters from various Zionist groups including Hashomer Hatzair, and Dror, and were supplied with weapons by the Home Army.

During the April uprising, Jews participated in active combat, refused to assemble for deportation, and hid in bunkers. But the tunnels and routes, both below ground and through buildings, rarely ended with a safe exit beyond the ghetto boundary. 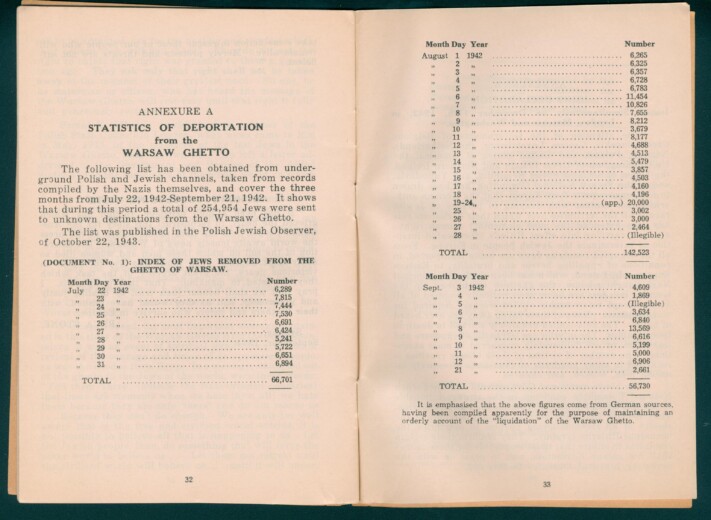 After almost a month, the Germans crushed the Jewish Uprising through sheer force and firepower, methodically destroying and burning buildings section by section, until the ghetto was reduced to ruins. The Great Synagogue in Tlomackie street was blown up by the Nazis as a final symbolic gesture of destruction of the Jews.

Over 7,000 Jewish inhabitants were killed in the fighting, a further 7,000 captured resistors were deported to Treblinka and the remaining population of around 42,000 were deported to Majdanek, Poniatowa and Trawiki, where most were eventually murdered. But news of the courage and defiance of these desperate souls filtered to other Jews imprisoned in camps and ghettos, and inspired further acts of resistance, including the Uprising at the Treblinka extermination camp in August 1943.

SS General Juergen Stroop, leader of the Warsaw operation, compiled his formal account which is known as the Stroop Report. This historic document details the events and provides figures of casualties as well as noting pillaged money and valuables. It also includes photographs that have become iconic images of Jewish resistance against Nazi barbarism. 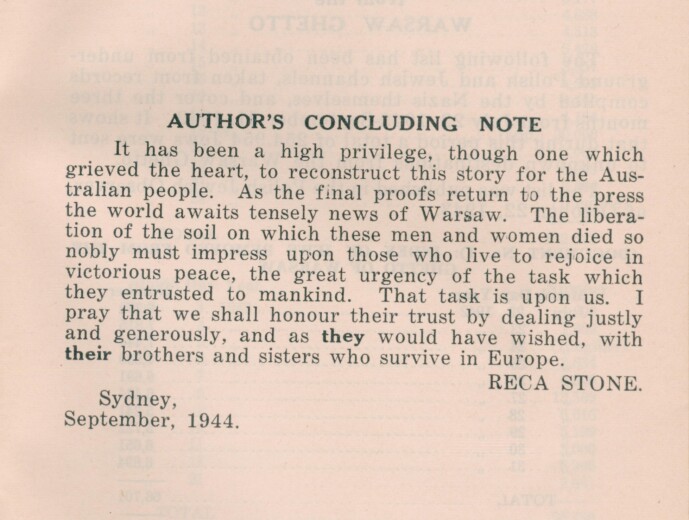 Revolt in the Ghetto, by Reca Stone, published in Sydney by the United Emergency Committee for European Jewry in 1944, was recently donated to the Melbourne Holocaust Museum. This slim publication tells the story of the Warsaw Ghetto Uprising to an Australian audience, as an act of courage and resistance by Jews ‘half-starving and ill-equipped as they were, so other peoples could and would do the same’.

Stone, a dentist by profession, was President of the Australian Youth Aliya Committee and the Vice-President of the National Council for Jewish Women. Details of the atrocities against the Jews in Europe were reported across the world and news of the destruction of Warsaw’s Jewish population devastated Melbourne’s Jews. This included my grandfather, who last received correspondence from his parents and siblings trapped in the Warsaw ghetto in early 1942. 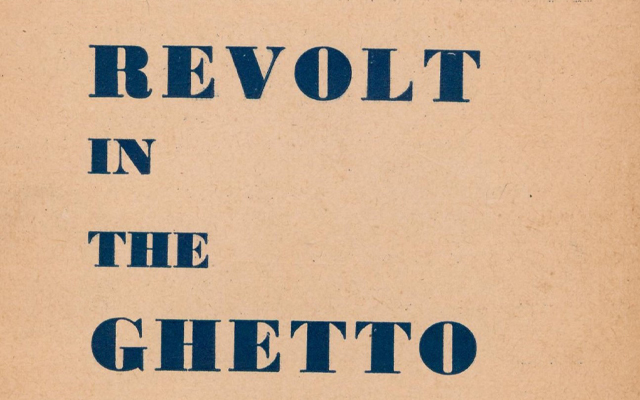